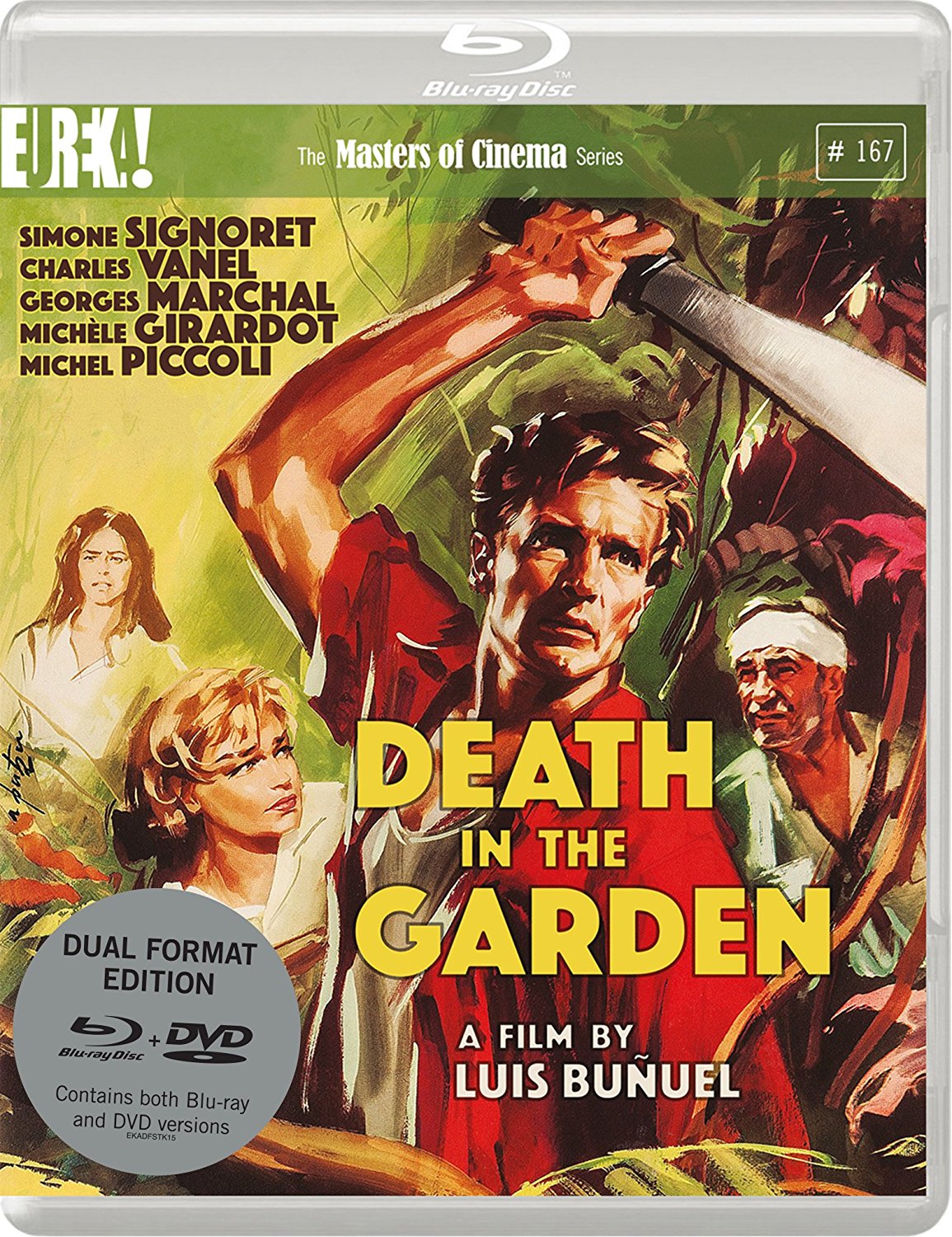 Dieses obskure Objekt der Begierde (Blu-ray)
Blu-ray Disc
EUR 7,99*
After the relatively commercial Adventures of Robinson Crusoe, Luis Buñuel returned to the surrealist and political style of his earlier works with Death in the Garden [La mort en ce jardin] the middle film in what has been described as his “revolutionary triptych”, a trilogy of films that “study in the morality and tactics of armed revolution against a right-wing dictatorship”.

Amid a revolution in a South American mining outpost, a band of fugitives - a roguish adventurer (Georges Marchal), a local hooker (Simone Signoret), a priest (Michel Piccoli), an aging diamond miner (Charles Vanel), and the miner's deaf-mute daughter (Michèle Girardon) - are forced to flee for their lives into the jungle. Starving, exhausted, and stripped of their old identities, they wander desperately lured by one deceptive promise of salvation after another.

Filmed in stunning Eastmancolor, Death in the Garden is both a rousing adventure film, and a surrealist tour de force. The Masters of Cinema Series is proud to present this little seen classic for the first time ever on Blu-ray in a new Dual Format edition.