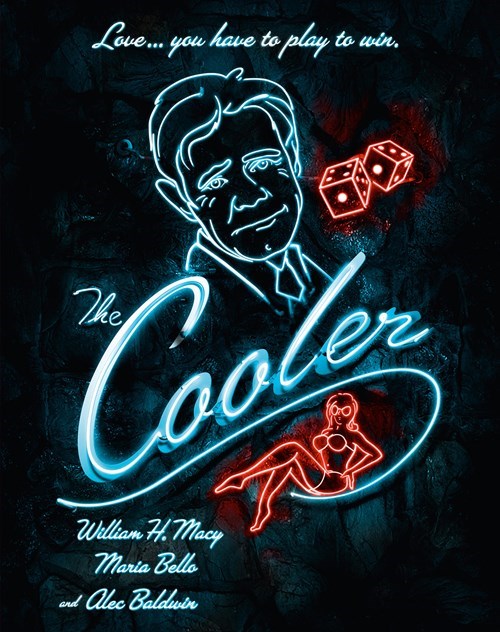 Bernie Lootz (William H. Macy - Fargo) is an unlucky guy. Everything he touches turns bad. However, his ill fortune is actually the one thing he depends upon to do his job to the best of his abilities; Bernie Lootz is the best 'cooler' in town.

Working in one of Las Vegas' few remaining golden-era casinos, Bernie is employed by the ruthless Shelly (Alec Baldwin - The Departed. in an Oscar® nominated role) to end the winning streak of anyone whose luck is on the up. But life in the bad luck lane has taken its toll and, after working for Shelly for years, Bernie has decided to move on. He then meets the hard-bitten Natalie (Maria Bello - A History of Violence) and life takes a turn for the better. But as his fortunes change, so does his ability to 'cool' a winning streak, and soon an unhappy Shelly decides to make sure that Bernie never feels happiness again...