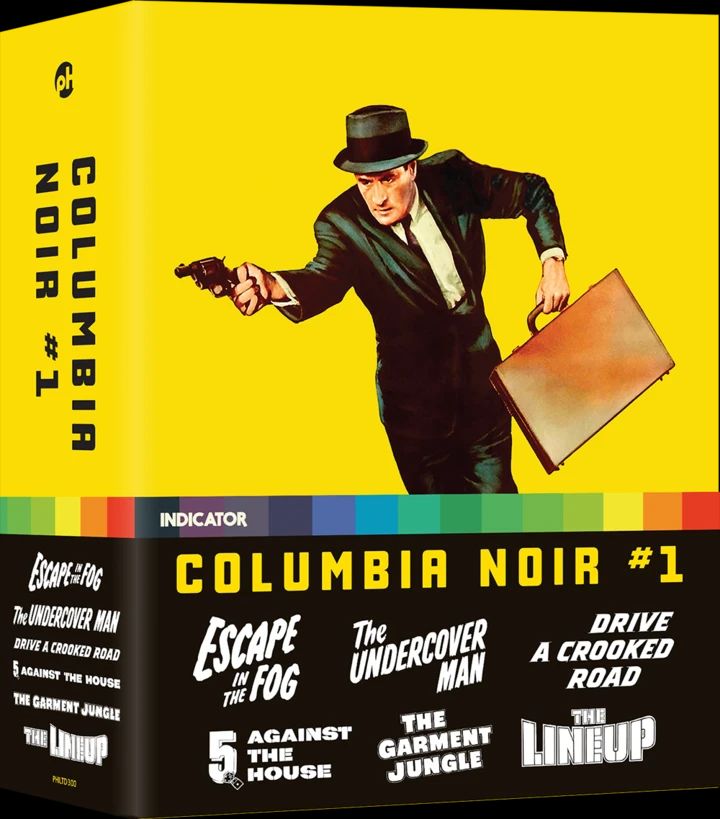 Six tough, no-nonsense noirs from six of the genre’s toughest, no-nonsense directors: Budd Boetticher’s Escape in the Fog, in which a nurse and a war veteran take on Nazi spies in San Francisco; Joseph H Lewis’ The Undercover Man, inspired by the real-life case against Al Capone; Richard Quine’s Drive a Crooked Road, which finds Mickey Rooney moving away from comedies and musicals to a tougher persona; Phil Karlson’s 5 Against the House, starring Kim Novak as a nightclub singer embroiled in a casino heist; Vincent Sherman’s The Garment Jungle, from which Kiss Me Deadly director Robert Aldrich was famously fired; and Don Siegel’s police procedural The Lineup, based on the radio and television series, and as brutal a film as he ever made.

All six films are presented for the first time on Blu-ray in the UK, with The Undercover Man and Drive a Crooked Road making their world Blu-ray premieres. This stunning collection also boasts a 120-page book.