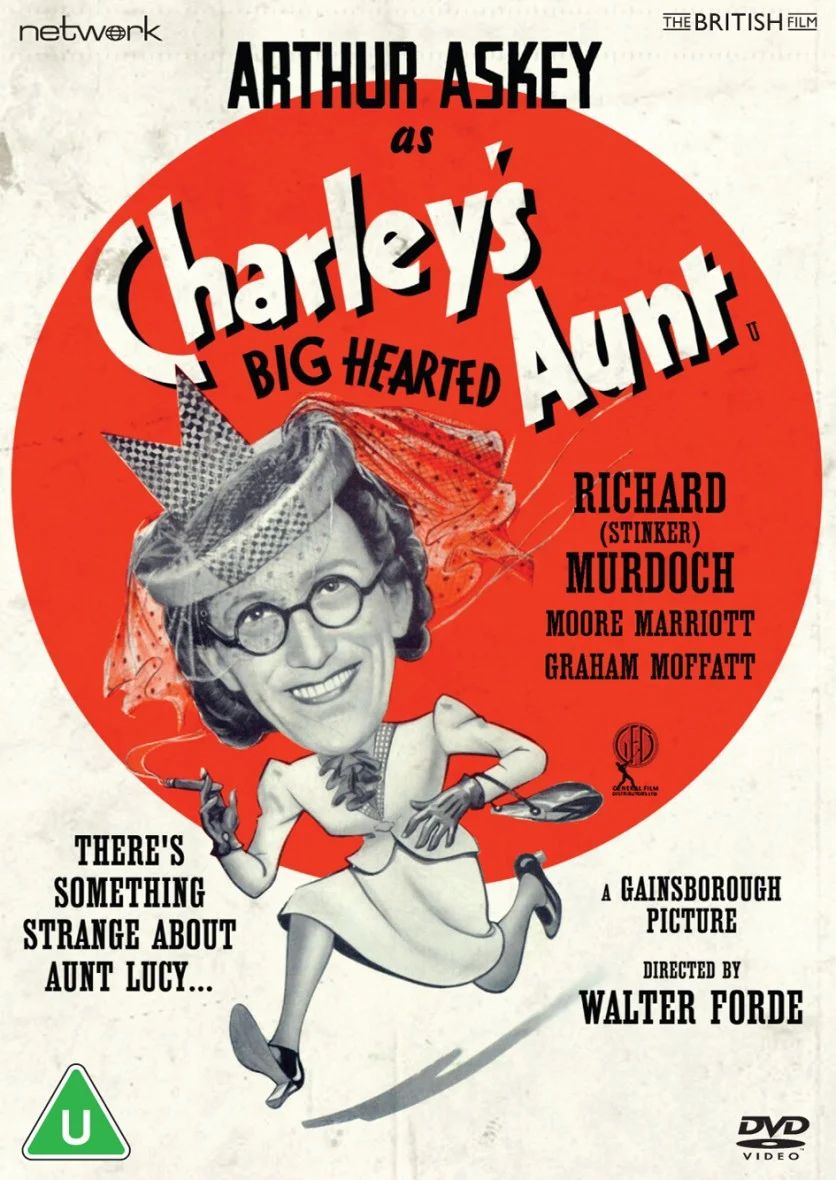 One of a series of hit wartime comedies starring Arthur Askey as everyone's favourite cheeky chappie, Charley's (Big-Hearted) Aunt co-stars Arthur's partner-in-crime, Stinker Murdoch, alongside Moore Marriott and Graham Moffatt. Energetically directed by Walter Forde (who would re-team with Askey and Murdoch a year later for The Ghost Train), this updated version of Brandon Thomas's uproarious farce is featured here as a brand-new remaster from original film elements in its original theatrical aspect ratio.

Arthur, Stinker and Albert – a trio of reprobate students – are in danger of expulsion from Oxford for conduct unbecoming. After due consideration they hatch a cunning plan to save their bacon – the only problem is that it entails convincing the Dean that Arthur is actually Albert's wealthy Aunt Lucy!