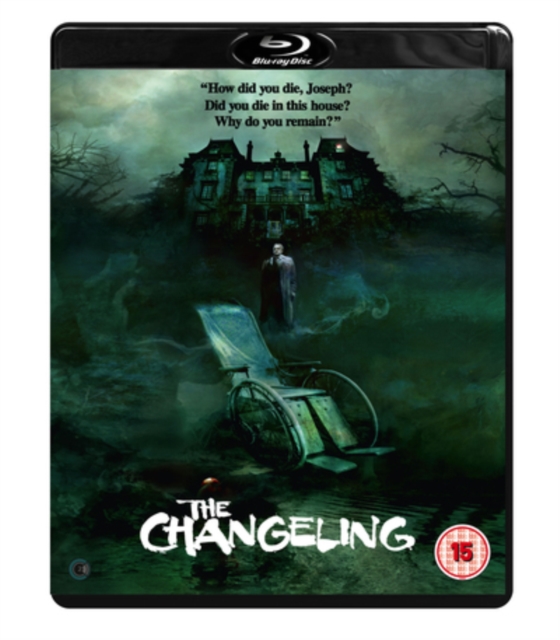 Canadian horror in which composer John Russell (George C. Scott) retires to an old mansion which has been unoccupied for years after he loses his wife and child in a car accident. John's hopes of peace and quiet prove unfulfilled, however, as he finds himself regularly disturbed by a strange and uncanny presence which haunts the house. Teaming up with local historian Claire Norman (Trish Van Devere), John begins to research the building's past and soon uncovers secrets more terrible than he ever imagined. It is now up to John to right the injustices of the past and finally lay to rest the spirits which haunt his home.

Interviews: 'The Music of The Changeling': Interview with Music Arranger Kenneth Wannberg; 'Building The House of Horror': Interview with Art Director Reuben Freed
Commentary: Audio commentary with Peter Medak (Director) and Joel B. Michaels (Producer) moderated by Severin Films' David Gregory
Other Documentary: 'The House on Cheesman Park'; 'The Psychotronic Tourist': The Changeling