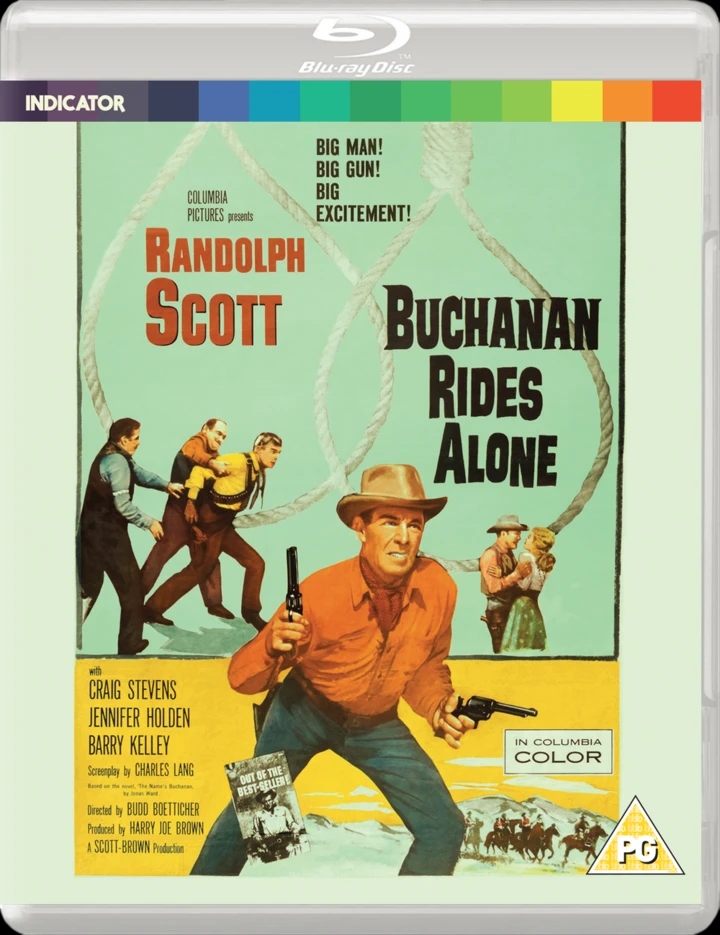 Budd Boetticher’s collaborations with star Randolph Scott are ostensibly small-scale B-movies, but are now revered as some of the finest adult westerns produced in that period.

Tom Buchanan (Scott) is a man returning to his Texas home, who rides into a feud between several members of the criminal Agry family. When he helps a young Mexican take revenge on one of them, Buchanan soon finds himself up against the whole Agry clan.

The most witty and comedic film in the ‘Ranown’ series, this absurdist twist on the western is one of Boetticher’s most thoroughly enjoyable films.