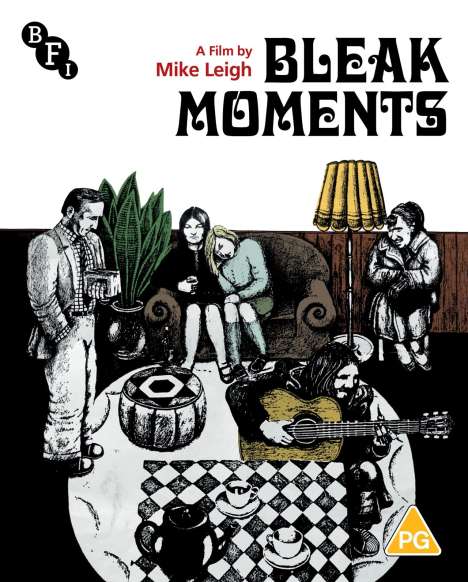 Sylvia (Anne Raitt) leads a quiet life caring for her sister Hilda (Sarah Stephenson) who has complex care needs. Their lonely suburban existence is accentuated by a social awkwardness that detaches them from the community and fuels a life of seclusion and despair.

Released in 1971 to critical acclaim, Mike Leigh's debut feature film is a haunting study of social isolation. Uncompromising and deeply affecting, the film introduced Leigh’s unique and highly influential natural style that he has continued to develop over a 50 year career.

A true landmark in the history of British film, Bleak Moments has been newly remastered by the BFI and is presented on Blu-ray for the very first time.