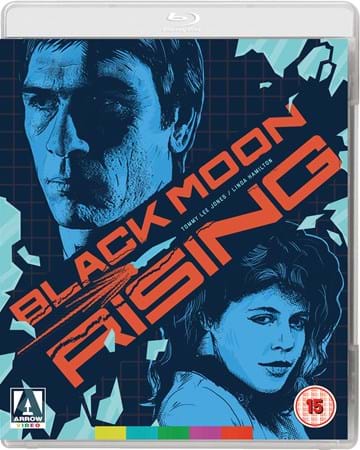 Buckle up for ride in the Black Moon, a sleek, high-tech supercar, powered by hydrogen and capable of speeds of over 300mph! Tommy Lee Jones (Rolling Thunder, Under Siege) stars as Sam Quint, a master thief working for the government who hides a computer disc loaded with evidence of corporate crime in a prototype supercar, the Black Moon. When a gang of thieves steal the car, Quint seduces their leader, Nina (Linda Hamilton, Terminator), to get to the disc. But in order to reclaim his property, Quint and Nina must break into an impenetrable skyscraper and take down Ed Ryland (Robert Vaughn, The Delta Force), the head of a dangerous stolen car syndicate…