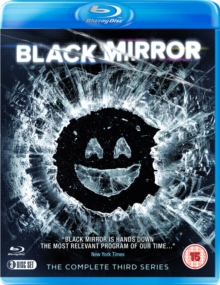 All six episodes from the third series of the sci-fi anthology drama created by Charlie Brooker which explores the role of technology in modern society.

In this instalment, a woman tries to improve her social media status, two soldiers do battle with a gang of mutants and an American signs up for a trial of an augmented reality game.