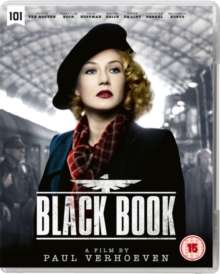 When Axis forces take control of Holland, Rachel's family are killed in a bombing raid while most of the city's Jewish population is rounded up and sent to Nazi death camps.
Rachel manages to narrowly evade capture and unites with the local resistance movement. After she dyes her hair blonde, Rachel passes for a gentile and utilises her accepted appearance when the leader of the Dutch resistance movement learns his son has been captured by Axis forces.
Rachel is asked to use her feminine charms to persuade a German commander to arrange for the boy's release, and soon finds herself caught up in a dangerous double life as she is sexually exploited by the Nazis while attempting to bring down their evil empire as a spy.