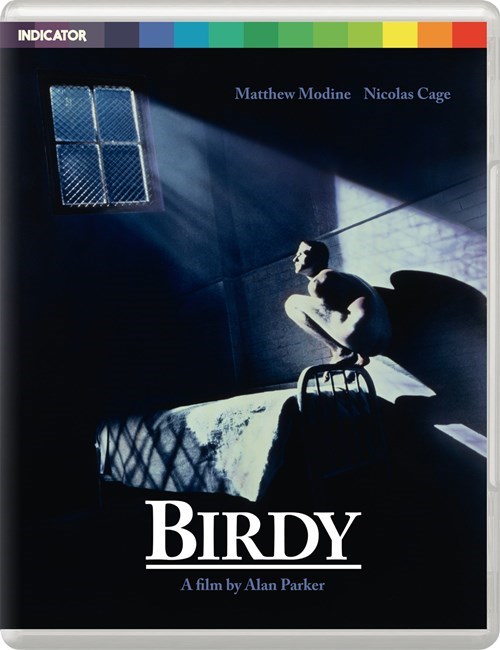 Based on the acclaimed, ‘unfilmable’ novel by William Wharton, about a boy who dreams of flying, Alan Parker’s elliptical, ethereal film is just as vividly poetic as its source.

Vietnam veteran Birdy (Matthew Modine) has always had an almost obsessive affinity with birds, but following his traumatic wartime experiences is now convinced that he has been transformed into one, and is confined to a military psychiatric hospital as a result. In an attempt to get through to him, Birdy's doctor brings in his best friend, Al Columbato (Nicolas Cage), who was himself wounded in Vietnam. Al tries to break Birdy's silence by recalling the carefree days of their youth, and becomes determined to bring his friend back to reality.

This unique and affecting film from director Alan Parker (Midnight Express, Angel Heart), features skilful, highly committed central performances from young stars Modine and Cage (who allegedly had teeth removed for his gruelling role), and a wonderful score by Peter Gabriel. Birdy is a great unsung gem of 1980s cinema, and is presented here in a brand-new, director-approved 2K restoration.