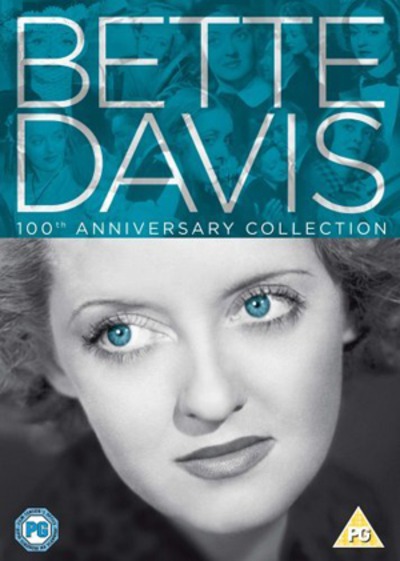 ***'All This And Heaven Too' ist in englischer Sprache!
To commemorate Bette Davis' 100th birthday, Warner Brothers are releasing six films from her heyday on DVD for the first time. The box set features some of her best films, including:

In This Our Life: The tale of two sisters, Stanley (Bette Davis) and Roy (Olivia de Havilland) Timberlake. When Stanley runs off with Roy's husband, she soon drives him to suicide. Upon her return home she finds that Roy has fallen in love with her ex-fiancé, Craig. Stanley, being a selfish and jealous woman, tries to get Craig back which leads to a climatic conflict.
The Old Maid: Based on an Edith Wharton novel and Pulitzer Prize-winning play, The Old Maid tells the sad story of Charlotte, a woman whose circumstances force her to give up her illegitimate child and pose as the childs "old maid" aunt, thereby facing a lifetime of maternal sacrifice. As Charlotte, Bette Davis gives one of her most nuanced performances, aging from wide-eyed girl to gray-haired martinet. Miriam Hopkins provides effective counterbalance with her portrayal of Charlottes effusive cousin, who raises the little girl.
All This And Heaven Too: The film tells the story of a governess, Henriette Deluzy-Desportes (Bette Davis) who is accused of having an affair with her employer, the Duc de Praslin (Charles Boyer), and who is then accused of complicity in the murder of his wife, the Duchesse de Praslin (Barbara O'Neil).
The Great Lie: Tempestuous, ambitious concert pianist Sandra Kovac (Mary Astor) shares a bond with down-to-earth Maggie Van Allen (Bette Davis) and her little boy Pete. Sandras chic New York friends cant imagine what the two women have in common. What they dont know is that Pete is actually Sandras son  and the son of the heroic aviator (George Brent) that both women love. Powerful emotions rage against a backdrop of powerful music in the film that earned Astor a 1941 Best Supporting Actress Oscar® for her stellar performance opposite the legendary star who always gives a tour-de-force performance.
Watch On The Rhine: An adaptation of Lillian Hellman's play, Bette Davis and Paul Lukas are German anti-Nazi underground leaders who flee the country, only to be pursued to the U. S. by Nazi agents.
Deception: The three stars (Bette Davis, Paul Henreid, Claude Rains) and director (Irving Rapper) of Now Voyager reunite for this glamorous, angst-ridden melodrama. Based on Louis Verneuils 1928 play Jealousy, the film tells the story of pianist Christine Radcliffe separated from her great love, cellist Karel Novak by World War II. Unexpectedly reunited with him, Christine desperately strives to hide her wartime dalliance as the mistress of a wealthy, sadistic composer (Rains), with devastating results.