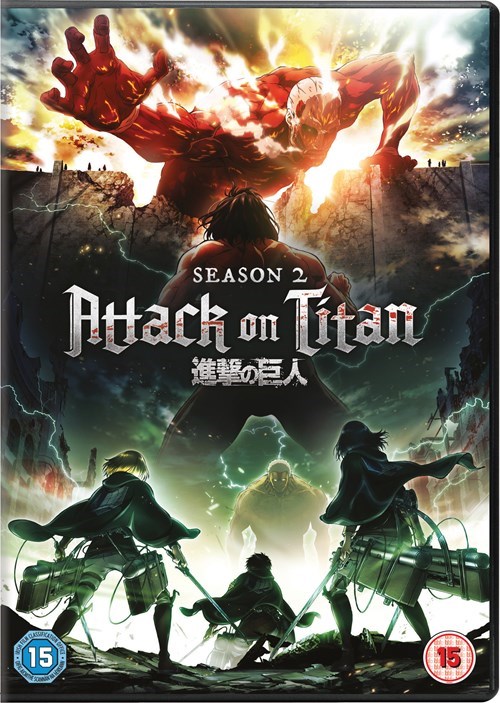 All the episodes from the second season of the Japanese anime based on the manga by Hajime Isayama. With humanity confined to small cities within giant walls designed to keep out the man-eating Titans, Eren Jaeger (voice of Yuki Kaji), Mikasa Ackermann (Yui Ishikawa) and Armin Arlelt (Marina Inoue) team up to fight after a Titan breaches their perimeter.