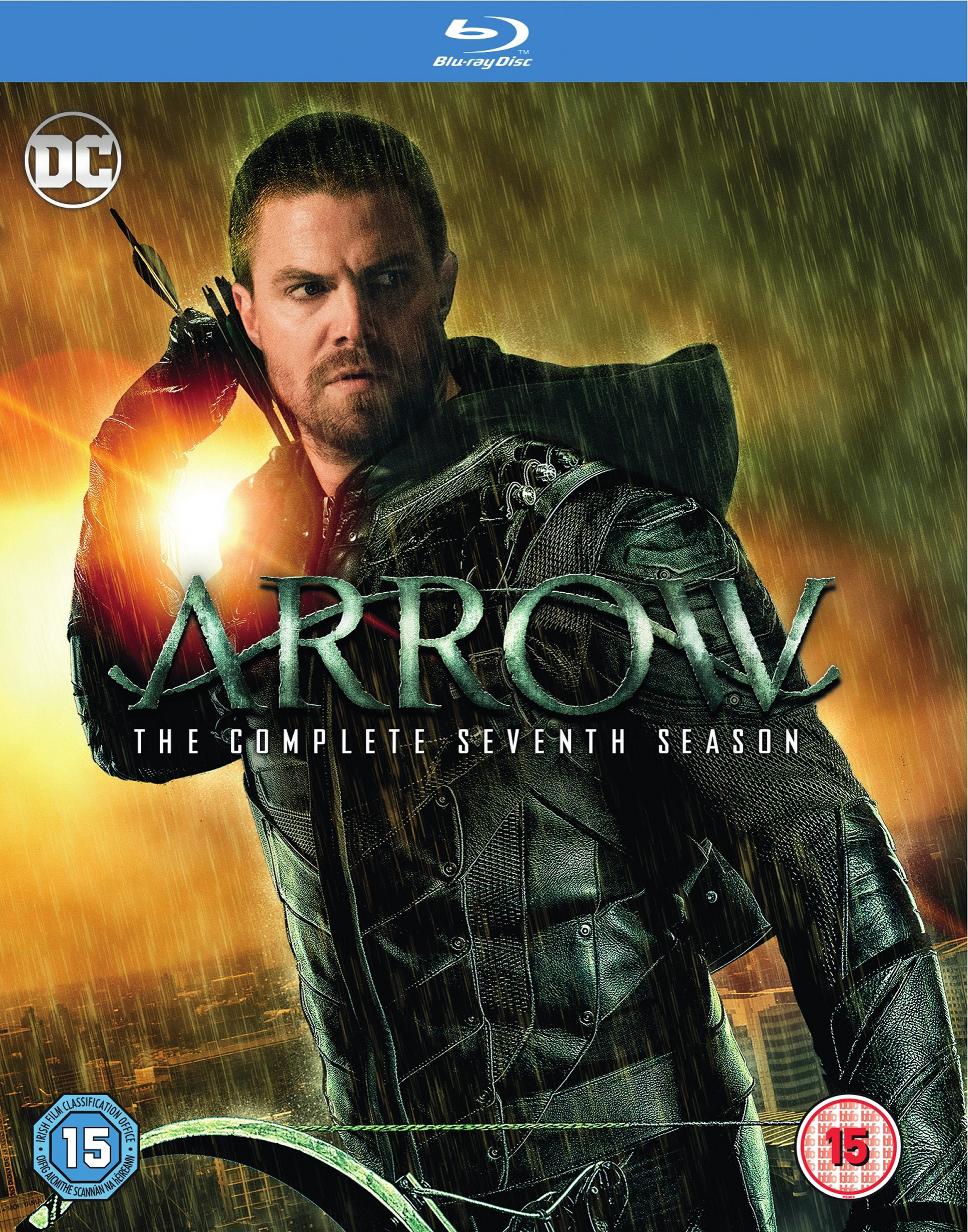 All 22 episodes from the seventh season of the US action drama based on the DC Comics hero Green Arrow. After being shipwrecked and stranded on an island for five years, millionaire playboy Oliver Queen (Stephen Amell) returns home to Starling City. It is clear that his experiences on the island have changed him and, disguised as a hooded figure known as Arrow, he uses the new skills he has developed to fight crime, including the corruption taking place within his deceased father's company. In this season, Oliver is released from prison and takes on Ricardo Diaz (Kirk Acevedo) and his gang of Longbow Hunters before battling a deadly terrorist organisation called the Ninth Circle.