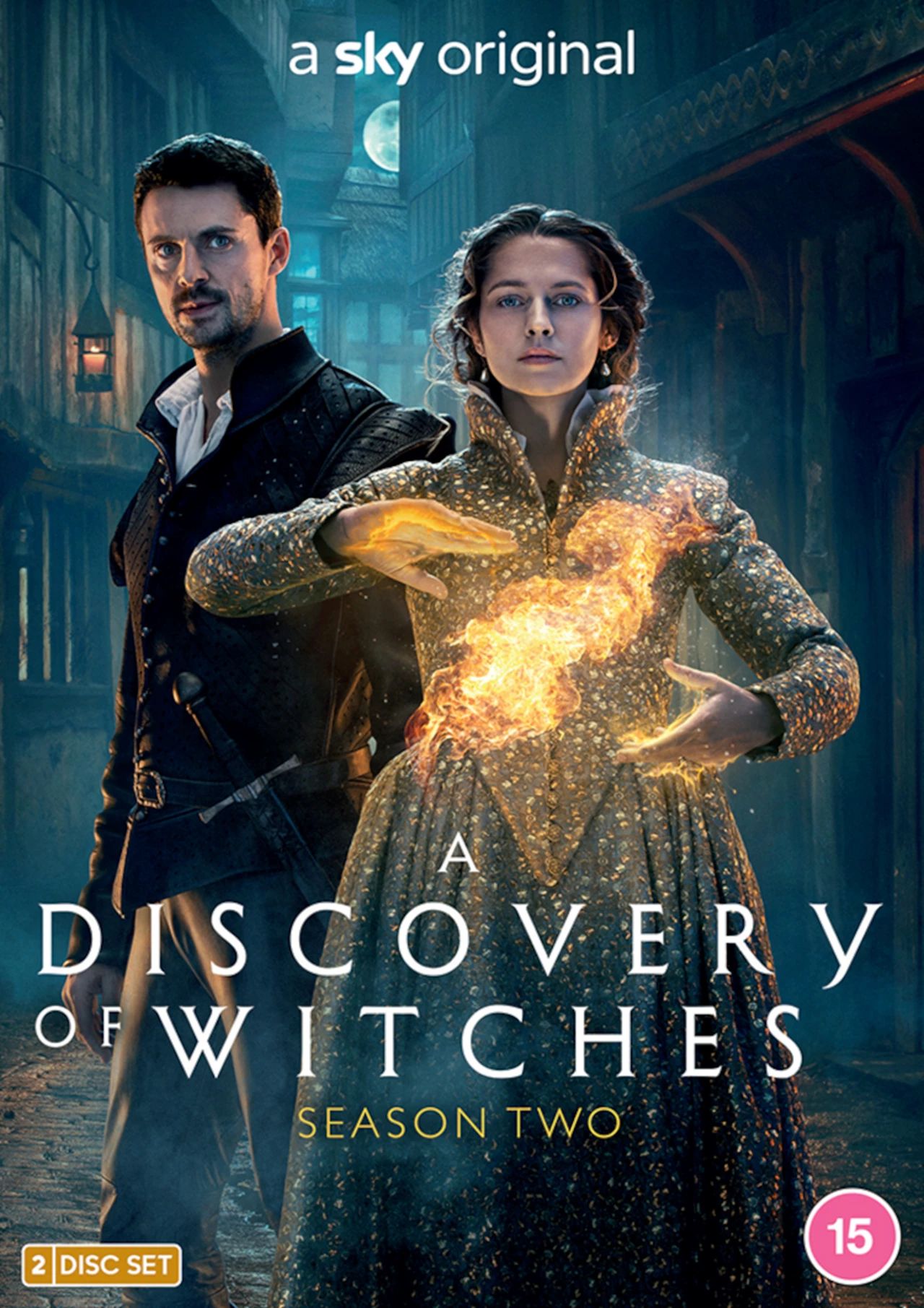 All the episodes from season two of the fantasy drama starring Matthew Goode and Teresa Palmer and based on the novel by Deborah Harkness which follows a vampire and a witch as they navigate the modern world. With populations of witches, vampires and demons having greatly diminished in the 21st century, vampire Matthew Clairmont (Goode) must blend in to his surroundings while witch Diana Bishop (Palmer) tries to leave her secret world behind as she carries out her life as a historian. When she stumbles across a bewitched book in an Oxford library, however, Diana is dragged back into witchcraft and must uncover the origins of the book. As Matthew encounters Diana and informs her that he has been searching for this very book for over a century, the pair must work as a team to protect it from evil forces while crossing the boundaries of forbidden relationships amongst their kind. In this season the pair travel back in time where they hope an encounter with the all-powerful Goody Alsop (Sheila Hancock) can enlighten Diana on how to harness her magic abilities.