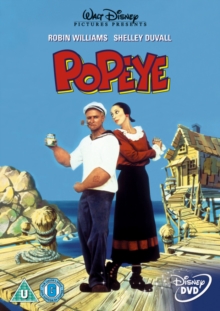 There he meets Wimpy (Paul Dooley), a hamburger loving man, Olive Oyl (Shelley Duvall), the soon-to-be love of his life, and Bluto (Paul L. Smith), a huge, mean pirate who's out to make Sweet Haven pay for no good reason. Popeye also discovers his long lost Pappy (Ray Walston) in the middle of it all. With his band of his new friends, Popeye heads off to stop Bluto, and he's got the power of spinach, which Popeye detests, to busk Bluto right in the mush.