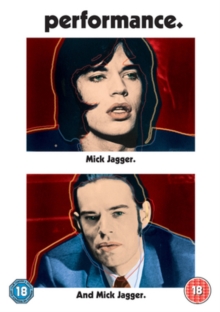 Jan Fabre - Theatre Performance, Avignon Vol. 2
4 DVDs
EUR 36,99*
A young gangster (James Fox) seeks refuge from the mob in a basement belonging to a fading rock star (Mick Jagger). After taking a trip, he begins to cross dress and experiment with his sexuality. The directorial debut of Nicolas Roeg explores both the liberating impulses and threat of anarchy which provided the twin motors of the 'Swinging Sixties'.