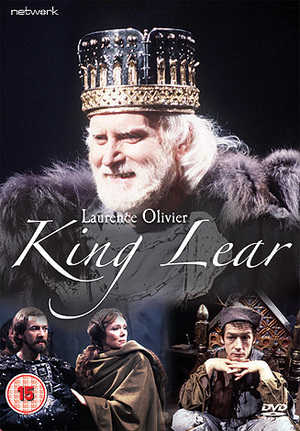 Laurence Olivier won an Emmy for Outstanding Lead Actor for his forceful and compelling performance as Lear in what is arguably Shakespeare’s greatest tragedy - a story of misplaced trust, filial ingratitude, envy and the lust for power. Olivier was 76 years old when this production was made and he still manages to tower effortlessly over a stellar cast - including Colin Blakely, John Hurt, Diana Rigg, Robert Lindsay, Leo McKern, David Threlfall and Brian Cox. Nominated for three BAFTAs, Michael Elliott’s production for Granada Television set the benchmark for all other adaptations of this sad tale.
The ageing King Lear abdicates his throne and surrenders his kingdom to his three daughters - Goneril, Regan and Cordelia. How much land they get is dependent on how much love they show for him, to be demonstrated in a speech, but Cordelia refuses to play her father’s senile games and is banished. Little does Lear understand that this is the first step on a path that could result in the destruction of the kingdom...

All Movie Guide: "A full blooded rendition here with the great Laurence Olivier in the title role and a stellar cast to support him."