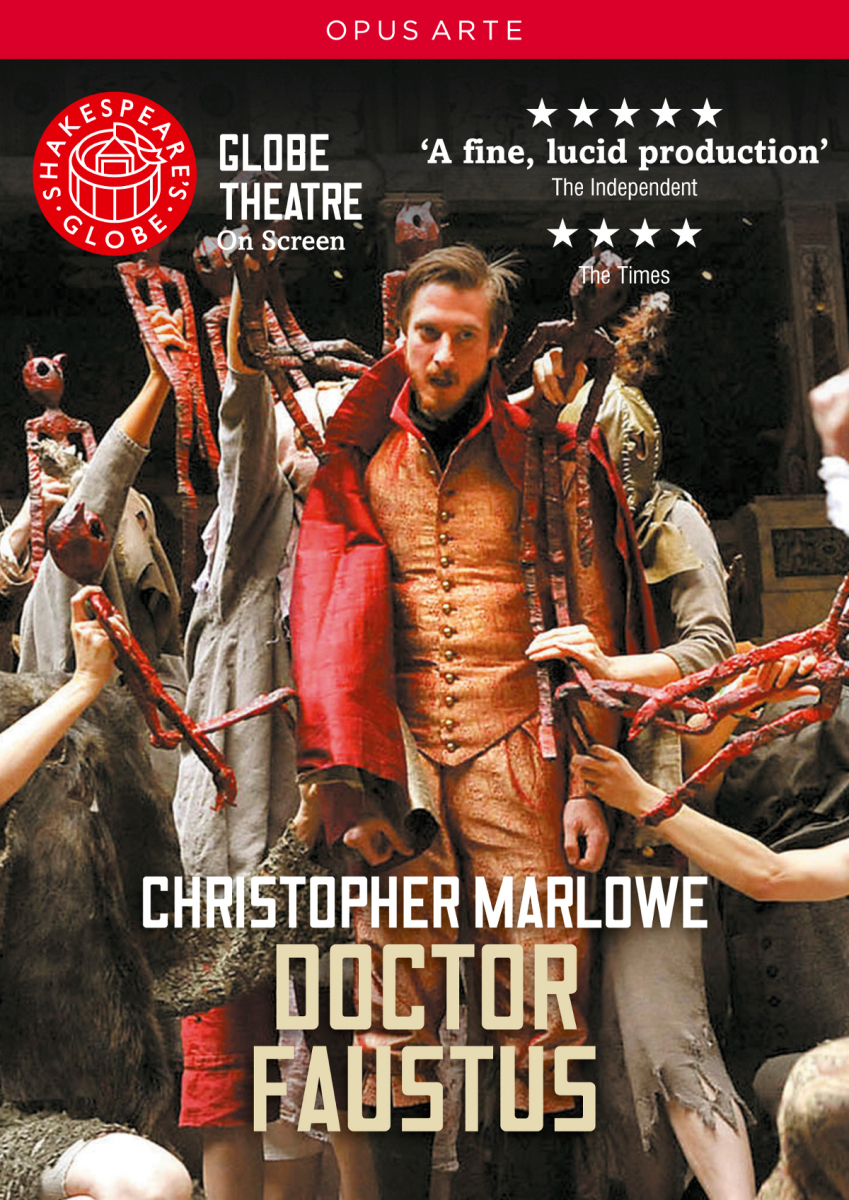 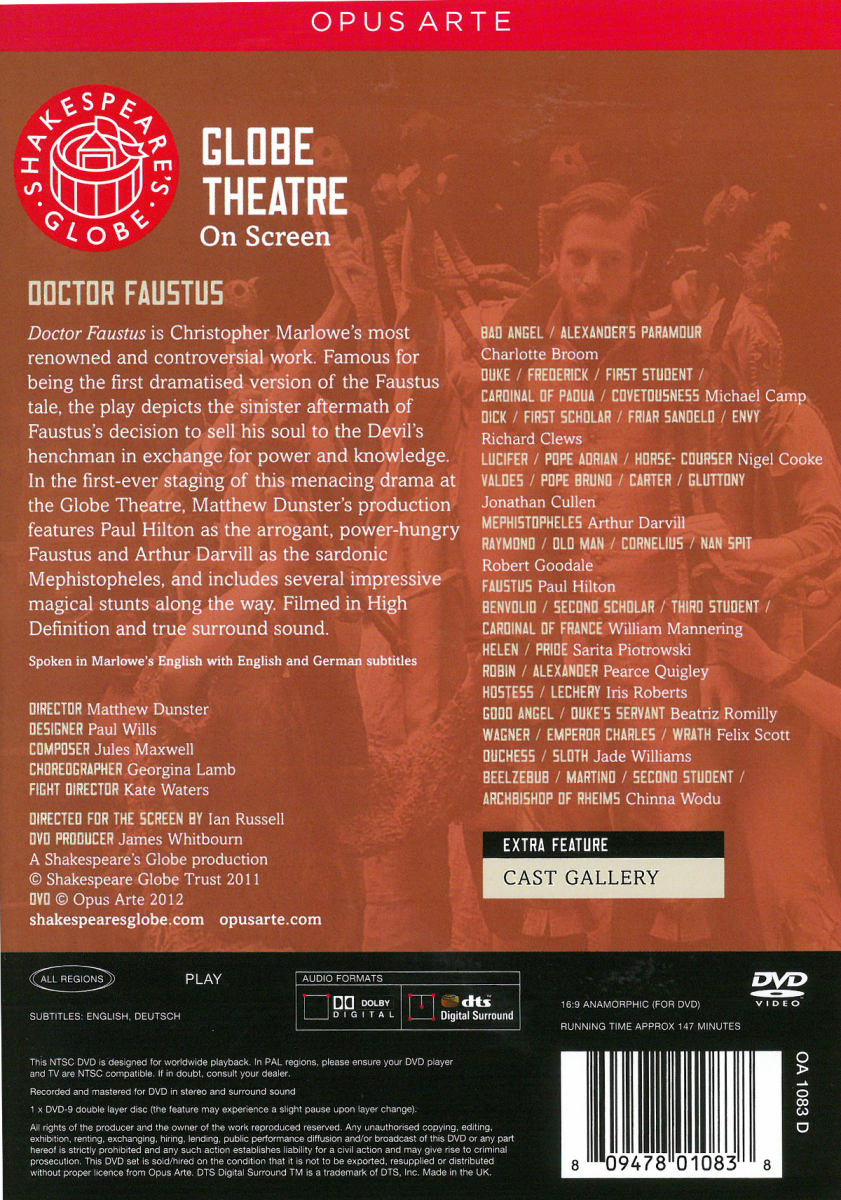 Doctor Faustus is Christopher Marlowe's most renowned and controversial work. Famous for being the first dramatised version of the Faustus tale, the play depicts the sinister aftermath of Faustus's decision to sell his soul to the Devil's henchman in exchange for power and knowledge. In the first-ever staging of this menacing drama at the Globe Theatre, Matthew Dunster's production features Paul Hilton as the arrogant, power-hungry Faustus and Arthur Darvill as the sardonic Mephistopheles, and includes several impressive magical stunts along the way.

Filmed in high Definition and true surround sound. Spoken in Marlowe's English with English and German subtitles. Plays in all regions.