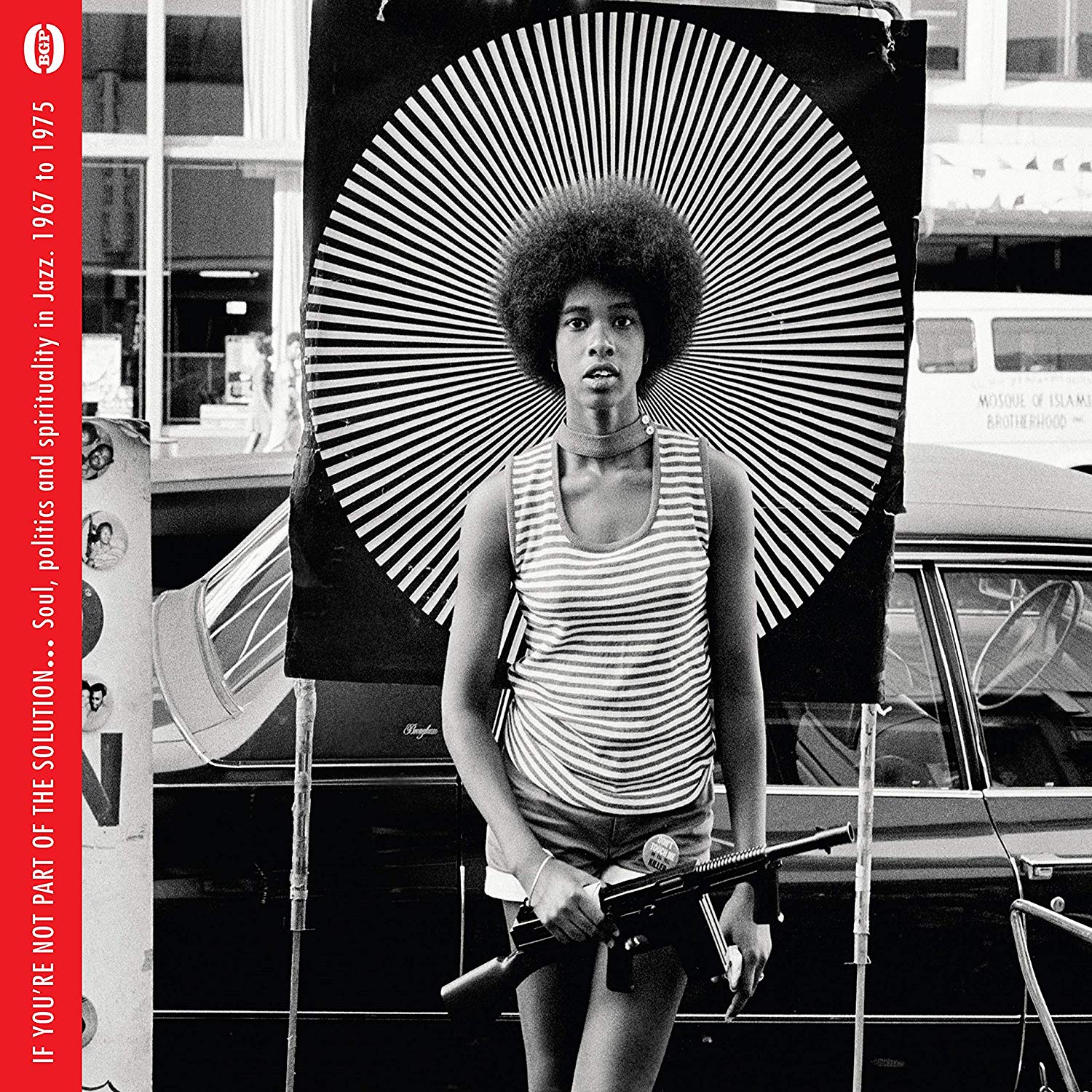 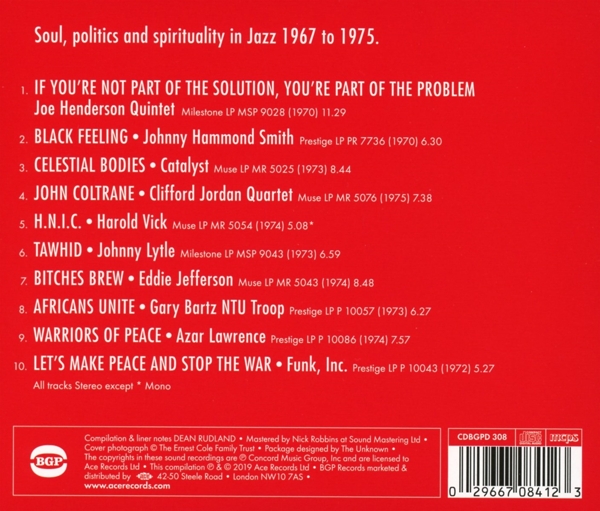 Weitere Ausgaben von If You’re Not Part Of The Solution … Soul, Politics And Spiritality In Jazz 1967 - 1975

• In the late 60s jazz was at a turning point. Soul music had taken much of its black audience and rock’s intellectualisation was eating up its support amongst college students. The usual story told is that jazz split between those who went out and those who tried to make people dance. The story is more nuanced, and ‘If You’re Not Part Of The Solution’ tries to tell that story.

• It was a period of radicalisation for Black America: a disproportionate number of young African American men were being shipped to Vietnam, the inner cities of Detroit, Washington, Los Angeles, Newark and more were ablaze and, in 1968, Dr Martin Luther King was gunned down in Memphis. There was a sense that something had to be done and with this in mind, many outlets both political and spiritual sprung up. As a central part of the community, jazz musicians took their cues and their music reflected this.

• “If You’re Not Part Of The Solution” draws upon the melting pot of ideas that can be picked up in veteran Hammond player Johnny Smith’s call for ‘Black Feelings’, or the cosmic wanderings of the obscure Philadelphia group Catalyst. Funk in all its forms can be found; be it the relentless bass rhythm of the title track, or the Miles Davis-influenced shifting groove of Johnny Lytle’s ‘Tawhid’. It was an exciting period and the music is caught up in that, but above all there is reverence for the greats such as Davis and John Coltrane who are the pillars of a newly confident African American culture.

• In 2019 the jazz revival spearheaded by Kamasi Washington in the USA and a host of young London based groups – Sons Of Kemet, Ezra Collective, etc – mix a variety of sounds to keep their music relevant for a younger generation. “If You’re Not Part Of The Solution” explores where this happened first.