Timucin Sahin: Nothing Bad Can Happen 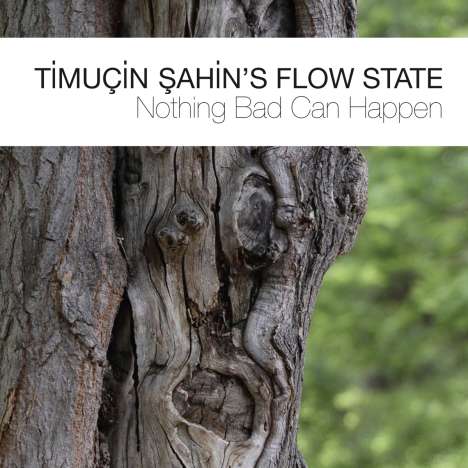 »Flow«, also known as the »zone« in positive psychology is the mental state of operation in which a person performing an activity is fully immersed.

For me, when combined with the act of music making, »flow« symbolizes more than that.
I recently started to see it as the resurrection and the reconstruction of our lives from the »default trance state« that we are in, which is mainly about the ignorance, blankness, randomness, the oblivion and illusory worldviews grafted upon us from birth through social conditioning.

While the »default trance state« has been exponentially accelerated through virtuality and the posthuman calculus to the point that we've almost resigned from our lives, the art of the collective imagination that I strive to realize with my fellow musicians, along with the flow that I want to explore further, became crucial for me in order to focus on what really matters and express it with greater intensity than ever.

Music for me is a field to experience collective individuality and working with Tom, Chris and Cory put me in the flow to explore a wide range of musical vocabulary and expression in that collective imagination.
They are spectacular and fearless improvisers and they enabled me to realize a sound world where all sonic information has the potential to become information for new musical constructions.
Within the limitless potentialities of realizing this music that I have composed, we were also willing to explore the possibilities of the unknown.

It was 2003 when I first made my way to New York City to explore its musical habitat, where I was fortunate to study composition with Dr. Nils Vigeland at Manhattan School of Music for a very short four months.
Studying with him not only provided endless philosophical foundations for thinking about music and sound in and outside the realm of music, but also allowed me to free my sounds.

Since then I have had other opportunities to work with him throughout these years, each interaction became an impetus for further liberations of sound and encouraged me to redefine my means to make compositional decisions. The inspirations that he generated, his wisdom, sincerity, love and support, helped me to sustain and focus on what really matters in life.

This record is dedicated to Nils Vigeland.

Mehr von Between The Lines