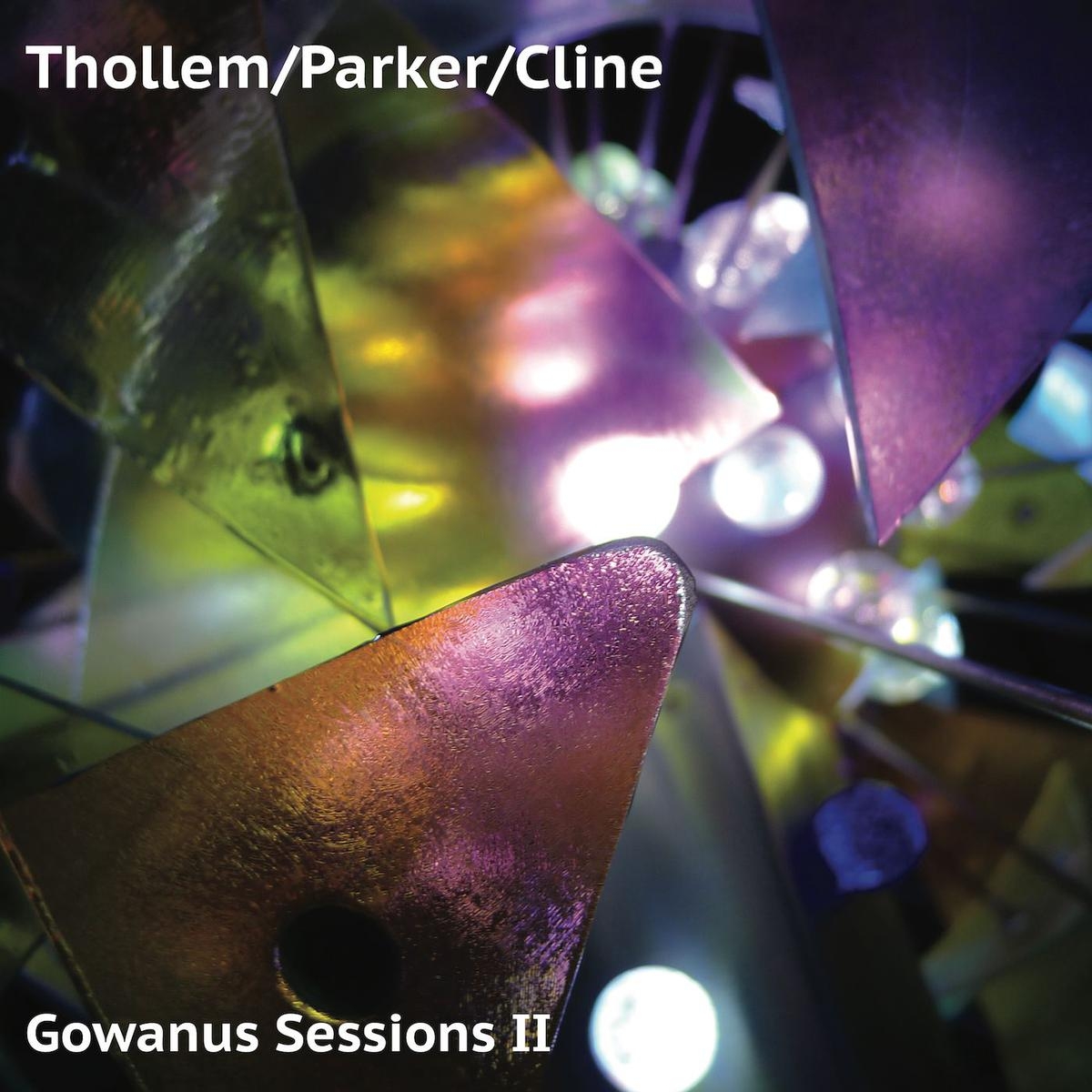 Gowanus Session II was seven years in the planning. Thollem, Nels Cline, and William Parker convened at Peter Karl Studios in Brooklyn on January 3rd, 2012 and recorded two complete albums. The first was Gowanus Session I, released by Porter Records in April of that year. GS II was put aside to eventually complete the five-album palindromic cycle of trio albums Nels and Thollem ambitiously set out to realize. The albums in between include Radical Empathy with Michael Wimberly (Relative Pitch), Molecular Affinity with Pauline Oliveros (Roaratorio), and Reality and Other Imaginary Places, with Michael Wimberly (ESP-Disk'). William Parker debuted on ESP-Disk' in the mid-'70s on Frank Lowe's classic album Black Beings (ESP3013), with additional material from that session released as The Loweski (ESP4066). He returned to the label this century with Mat Walerian's group Toxic (ESP5011) and in a quartet with Ivo Perelman, Matthew Shipp, and Bobby Kapp (ESP5036), while being highly prolific as a leader, notably with a series of brilliant albums on AUM Fidelity. Nels Cline has spent decades changing people's ideas about the role of the electric guitar in multiple contexts, ranging from Wilco to Anthony Braxton (think about that!) as well as many projects as a leader, earning a spot on Rolling Stone's Top 100 Guitarists list. Thollem is a perpetually traveling pianist, keyboardist, composer, improviser, singer-songwriter, activist, author and teacher. He's spent most of his adult life living on the road throughout North America and Europe. His work is ever-changing, evolving and responding to the times and his experiences, both as a soloist and in collaboration with hundreds of artists across idioms and disciplines. Thollem is known internationally as an acoustic piano player in the free jazz and post-classical worlds, as the lead vocalist for the Italian agit-punk band Tsigoti (ESP4057), and as an electronic keyboardist through a multitude of projects.