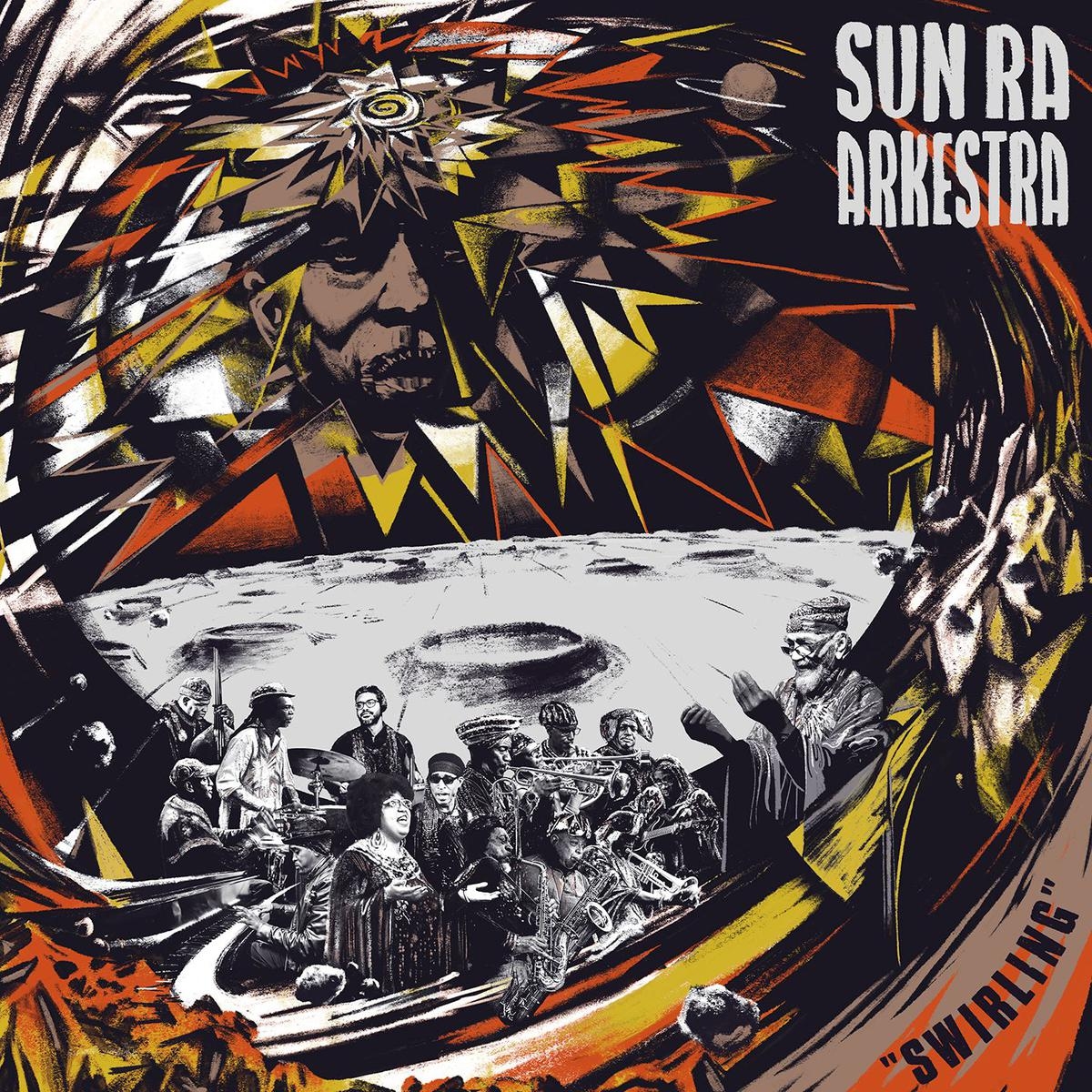 The planets align this October as the mighty Sun Ra Arkestra, under the direction of the maestro Marshall Allen, release their first studio album in over twenty years, ›Swirling‹. Recorded at Rittenhouse Soundworks in Philadelphia, the new recording represents the continuation of a heartfelt rebirth of the Arkestra under Allen's guidance since Sun Ra left the planet in 1993, gaining new generations of followers from their regular touring across the globe.

Other highlights include an epic version of ›Seductive Fantasy‹ (first recorded on Ra's ›On Jupiter‹ LP in 1979), the freeform sonic blast of ›Infinity / I'll Wait For You‹ and a first ever recording of the Marshall Allen swing composition, ›Swirling‹. »We truly hope that this recording brings much joy to a planet which is so deeply in need of a spirit sound and vibration,« states saxophonist Knoel Scott. »We hope it contributes to a change in the ominous direction of man's journey through the cosmos.« »This new release is the Arkestra's love offering to the world,« concludes Marshall Allen. »Beta music for a better world.«