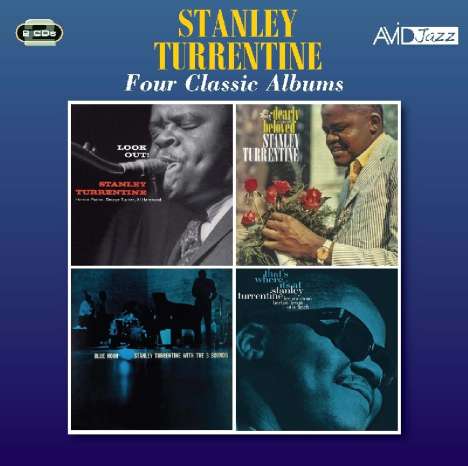 “Look Out”; “Dearly Beloved”; “Blue Hour” and “That’s Where It’s At”
Despite being born only half a dozen years before the likes of Miles and Trane, our next guest artist, Stanley Turrentine, became known primarily as a tenor sax giant from a much later generation. Perhaps this was due to his early years playing in the bands of R&B legends such as Lowell Fulson and Earl Bostic. He also became known for playing with two legendary soul jazz organist, the Incredible Jimmy Smith and his wife (in the 1960s) Shirley Scott. Our four selections feature Stanley playing with organist Shirley Scott and quite a few upcoming future soul jazz legends such as pianist Les McCann, Gene Harris and Herbie Lewis.