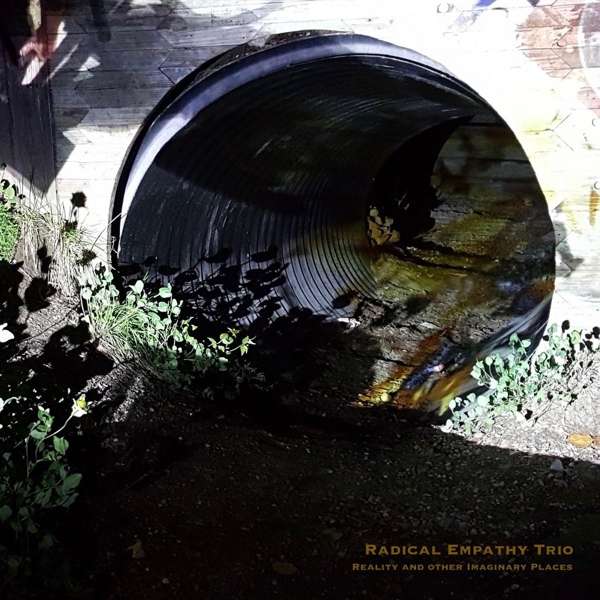 Personnel: Thollem McDonas, keyboards; Nels Cline, electric guitars; Michael Wimberly, drums. Recorded by Justin Frye at Pioneer Works, Brooklyn, NY Sept. 13, 2017.
This album was recorded during Thollem's 2017 residency at Brooklyn-based multi-discipline mecca Pioneer Works. It's the second by Radical Empathy, which combines three uncategorizable improvisors. Michael Wimberly has been astonishing folks since his days in Charles Gayle bands and Steve Coleman & Five Elements in the early '90s, and has gone on become a composer and educator of note. Nels Cline has spent decades changing people's ideas about the role of the electric guitar in multiple contexts, ranging from Wilco to Anthony Braxton (think about that!) as well as many projects as a leader; this is his fourth album in trio with Thollem, and a fifth will follow next year, also on ESP. Thollem is a perpetually traveling pianist, keyboardist, composer, improviser, singer-songwriter, activist, author and teacher. He's spent most of his adult life living on the road throughout North America and Europe. His work is ever-changing, evolving and responding to the times and his experiences, both as a soloist and in collaboration with hundreds of artists across idioms and disciplines. Thollem's known internationally as an acoustic piano player in the free jazz and post-classical worlds, as the lead vocalist for the Italian agit-punk band Tsigoti and as an electronic keyboardist through a multitude of projects. The heavy electronic sound of the first track, with its swathes of distortion, puts it very much in Noise territory, with Wimberly contributing coloristic accents and heavier flurries of rhythmic activity. After the twenty uncompromising minutes of "Collective Tunnels," for "Conscious Tunnels" Cline switches to a guitar tone John Abercrombie wouldn't shy away from and Thollem sits down at an acoustic piano (for a while) -- though their free improvisation is just as uncompromising. The timbres cease pacifying jazzers when blippy 1950s electronic sounds slinkily slither from the speakers. Then the piano comes back, but the guitar's tone gets dirty. Genre boundaries are crushed underfoot as the moods continue to vary wildly as "Conscious Tunnels" covers an amazing breadth of timbres and textures.