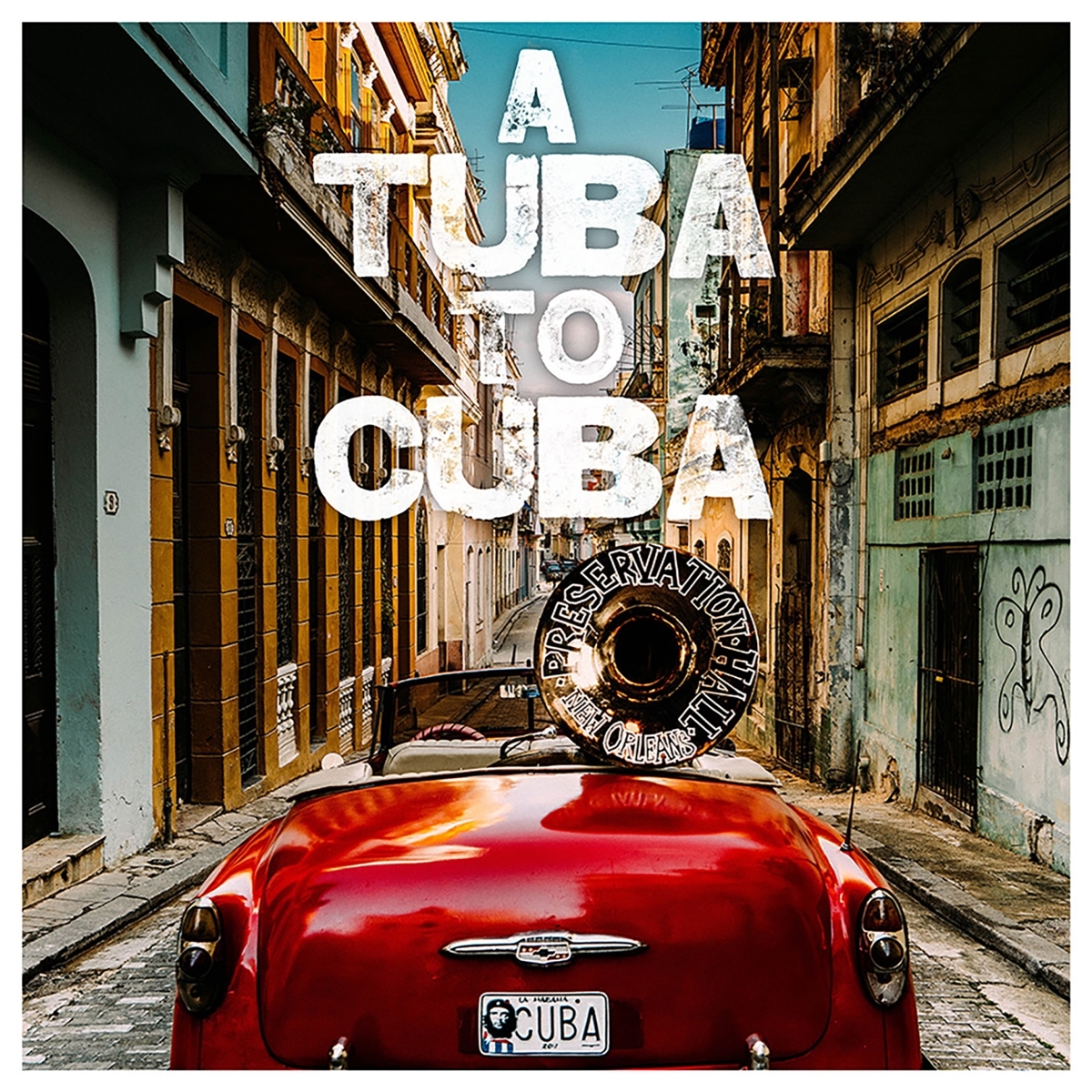 The legendary Preservation Hall Jazz Band present the soundtrack to A Tuba to Cuba, the critically acclaimed documentary directed by T.G. Herrington and Danny Clinch. The film follows Ben Jaffe of New Orleans' famed Preservation Hall Jazz Band as he seeks to fulfill his late father's dream of retracing their musical roots to the shores of Cuba in search of the indigenous music that gave birth to New Orleans jazz.

A Tuba to Cuba celebrates the triumph of the human spirit expressed through the universal language of music and challenges us to resolve to build bridges, not walls. The New York Times said: »This joyous, wide-ranging account of a New Orleans jazz band's 2015 visit to Cuba is crammed with fascinating facts and toe-tickling tunes.« And, from the LA Times: »Jaunty, at times poetic chats and drop-ins with many Big Easy and Cuban jazz artists, discussion of their music's African lineage (the Atlantic slave trade factored in), stirring examples of native instrumentation, and pulsating performances combine with colorful, travelogue-type shots (love those old Cuban theaters) and vivid archival footage to create a vibrant and joyous portrait.«

Preservation Hall Jazz Band's Ben Jaffe said of »Kreyol,« the lead single from the soundtrack: »Every evening in Havana people gather along the waterfront to socialize. I've always been taken by the tempo at which people stroll, like New Orleans, there's a very particular rhythm to their walk. That rhythm was the inspiration for ›Kreyol.‹ In fact, ›Kreyol‹ is the Cuban spelling of ›Creole.‹ You can feel that same Creole influence in New Orleans, it's one of our many shared connections with Cuba.«

Preservation Hall Jazz Band
So It Is
LP
EUR 18,99*