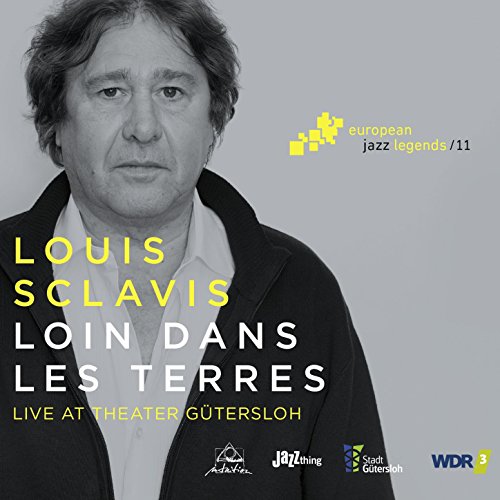 The CD of Louis Sclavis is the eleventh publication in the »European Jazz Legends« series. We from Intuition Records are very proud of this and would like to thank all partners and especially the musicians – and hope that you enjoy this series.

»We must not complain, we must fight«, is a motto Louis Sclavis repeats almost like a mantra. The 64 year-old from Lyon likes the process this triggers. The son of a photographer, whose own photographs have been shown in exhibitions and adorn the covers of his newer studio CDs, began playing the clarinet at ten. His inspiration back then was the music of Sidney Bechet, France’s biggest Jazz star at the time. From there he went on to the conservatory, where at sixteen he saw a concert by the Workshop d’Lyon and immediately began playing their sophisticated style of Free Jazz. »You could say that I experienced a very fast transition from New Orleans Jazz and the music of Duke Ellington, which I also liked back then and still like a lot, to Free Jazz«, he laughingly admits. »I only found out later what happened in Jazz musically in between.« True to his fighting spirit, Sclavis soon engaged himself in the French – and European – Jazz scene with a vigour to match his extraordinary talent, winning the Prix Django Reinhardt in 1988 already and recording many ground breaking albums, such as »Carnet des Routes«, inspired by a tour of Western and central Africa with Henri Texier and Aldo Romano.

The concert documented on this CD opened the WDR 3 Jazzfest at the Theater Gütersloh on February 2, 2017, which also happened to be Louis Sclavis’ 64th birthday. As a present to himself and to his audience, he presented a new quartet that evening, with Sylvain Rifflet, who more than stepped up to the plate as the second reed-voice on saxophone, the excellent Christophe Lavergne on drums and Sarah Murcia on bass. Sclavis adores this eclectic group and explains that especially Sarah Murcia, best known in France for accompanying chansonnier George Moustaki or writing the score to a successful movie about Serge Gainsbourg, brings a different flair and freshness to the music. »I like drummers and bassplayers, but they just did not appear on any of my last albums«, he says. »So I was very happy to be playing with a real ›Jazz rhythm section‹ again in Gütersloh.«