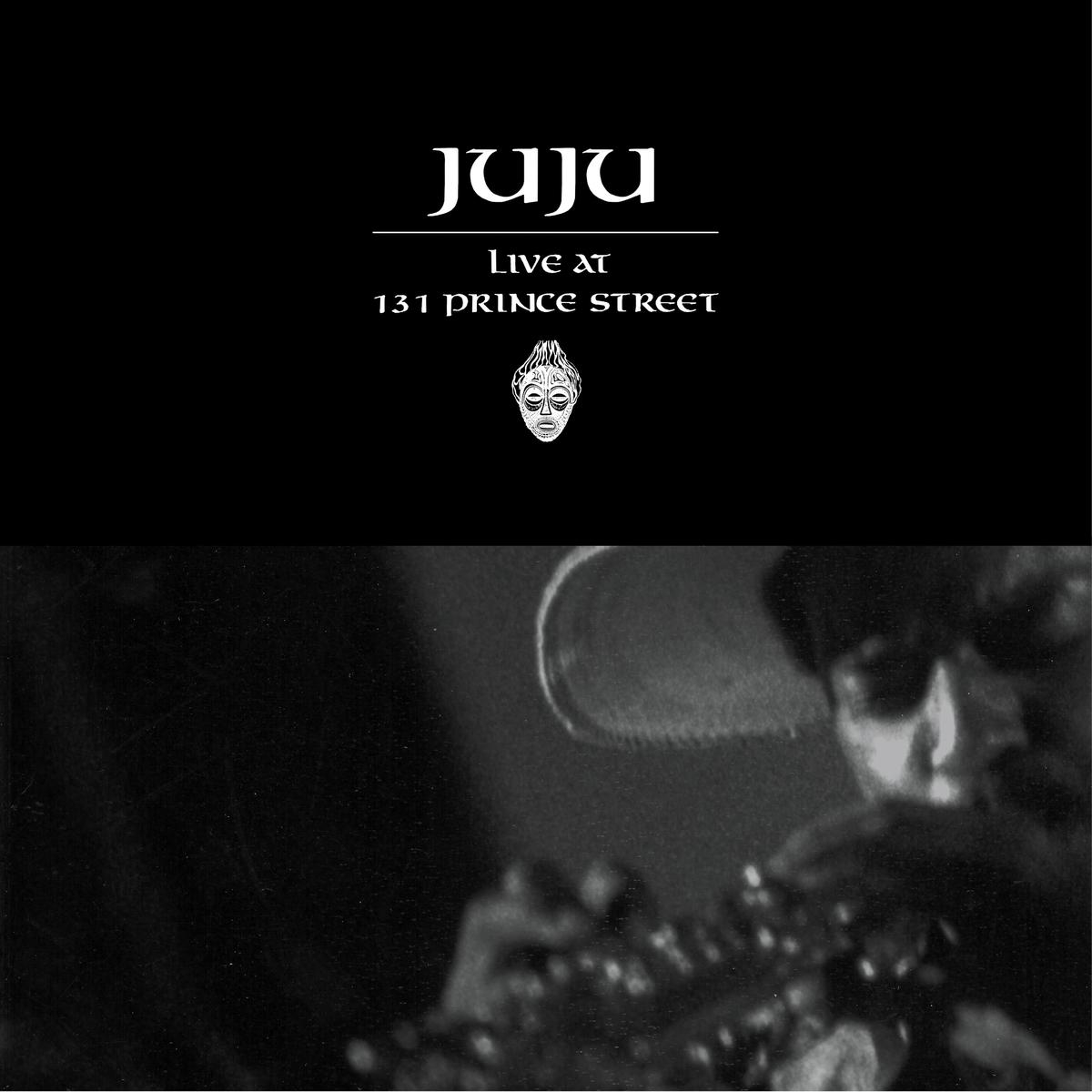 Strut continue their in-depth archive reissues from the Black Fire label with a definitive edition of JuJu's 'Live At 131 Prince Street', recorded in 1973 at Ornette Coleman's gallery in New York and featuring a previously unheard recording of the Pharoah Sanders composition "Thembi".

After forming in San Francisco while working on the Marvin X theatre piece 'The Resurrection of the Dead', JuJu began to hone their uncompromising fusion of Afro-Latin rhythms with free and spiritual jazz before signing to Strata-East for the 'A Message From Mozambique' album in 1972.

"We moved to New York and became part of the avant-garde community on the Lower East Side and Greenwich Village", remembers bandleader Plunky Branch. Following a high profile live show at the Lincoln Center, Ornette Coleman invited JuJu to his gallery and loft at 131 Prince Street to performthere and to stay on while he left on tour.

"That was life-changing for us", continues Plunky. "It was fabulous. The recordings you hear on this albumare in close proximity to each other, maybe across one day or a weekendat the gallery." Alongside tracks written by the JuJu band members, like the 5/4 tempo 'At Least We Have A Horizon Now', they play choice coversfrom their peers. Plunky explains, "'Thembi' is a Pharoah Sanders piecewhich he wrote for his wife in 1971 and it's one of my favourite pieces byhim. 'Azucar Pa Ti' was written by Eddie Palmieri; we loved him too andenjoyed Latin music in general. Here we play 'Mozambique', based on an Afro-Cuban rhythm and we regularly played that for 10 minutes before morphing into 'Azucar'. 'Out Of This World', written by Johnny Mercer and Harold Arlen, was inspired by John Coltrane who recorded a version of iton his 'Coltrane' album in '62."

JuJu's 'Live At 131 Prince Street' is out on Strut on 2LP and 1CD. Remastered by The Carvery from the original reel to reeltapes and including full sleeve notes based around a new interview with bandleader James "Plunky" Branch.