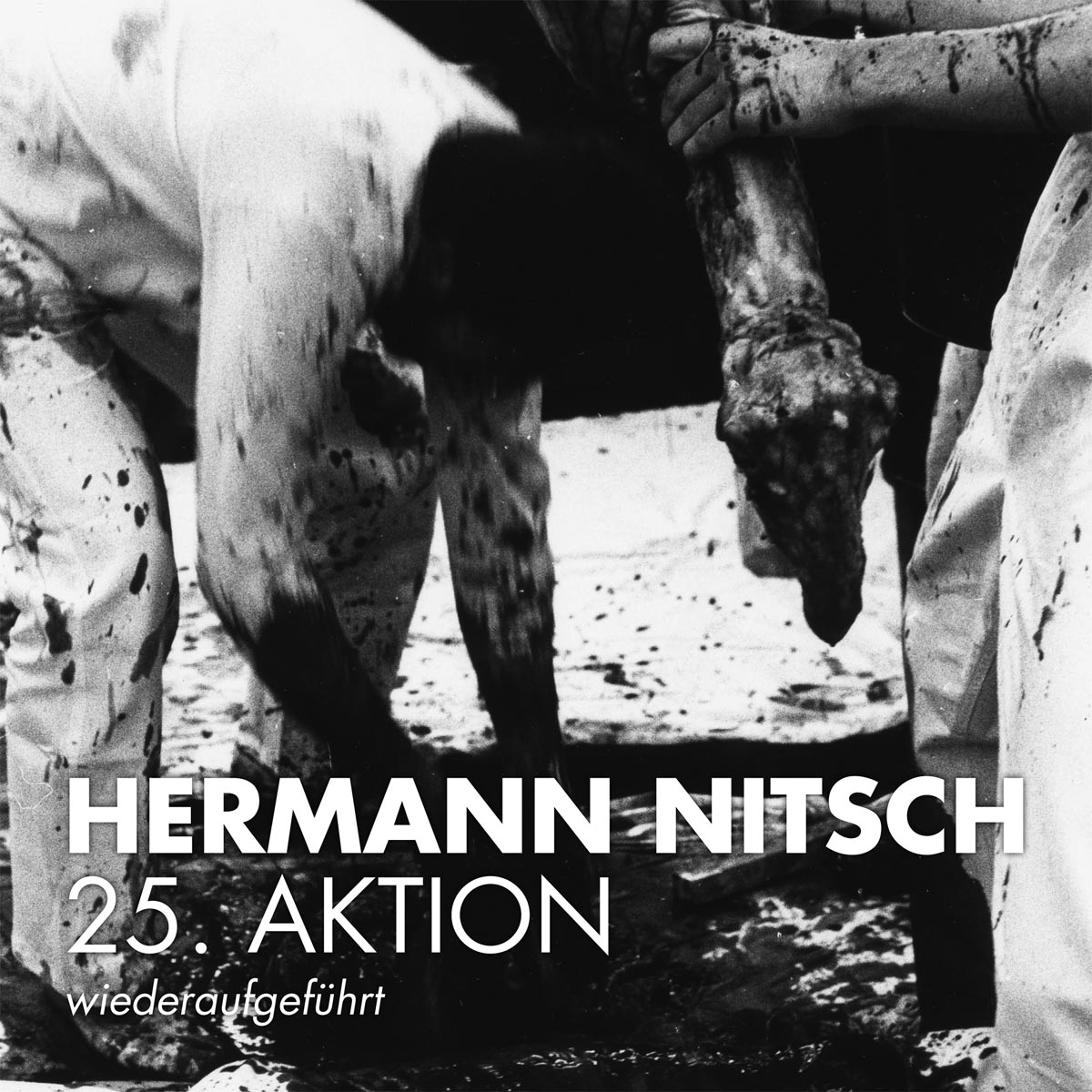 Hermann Nitsch Orgien Mysterien Theater - 25. Aktion Re-Performance of the 25. Action, march 1982 in the gallery Pakesch, Vienna (Premiere was in New York 1968). The music was released on a small gallery tape edition in 1982 - remastering for vinyl by Martin Siewert 2016 Hermann Nitsch, Austria, painter, performance-artist and composer, was a crucial founding artist of »Viennese Actionism«. Exhibitions and Performances all over the world since the 60s. The idea of the very sensual and archaic »Orgien Mysterien Theater« was developed in the late 50s and is performed in variations until today. Nitsch works out all settings of the rituals, the feast in great detail, precisely composes days of art, performance, food, wine and music - to celebrate the existence of mankind.