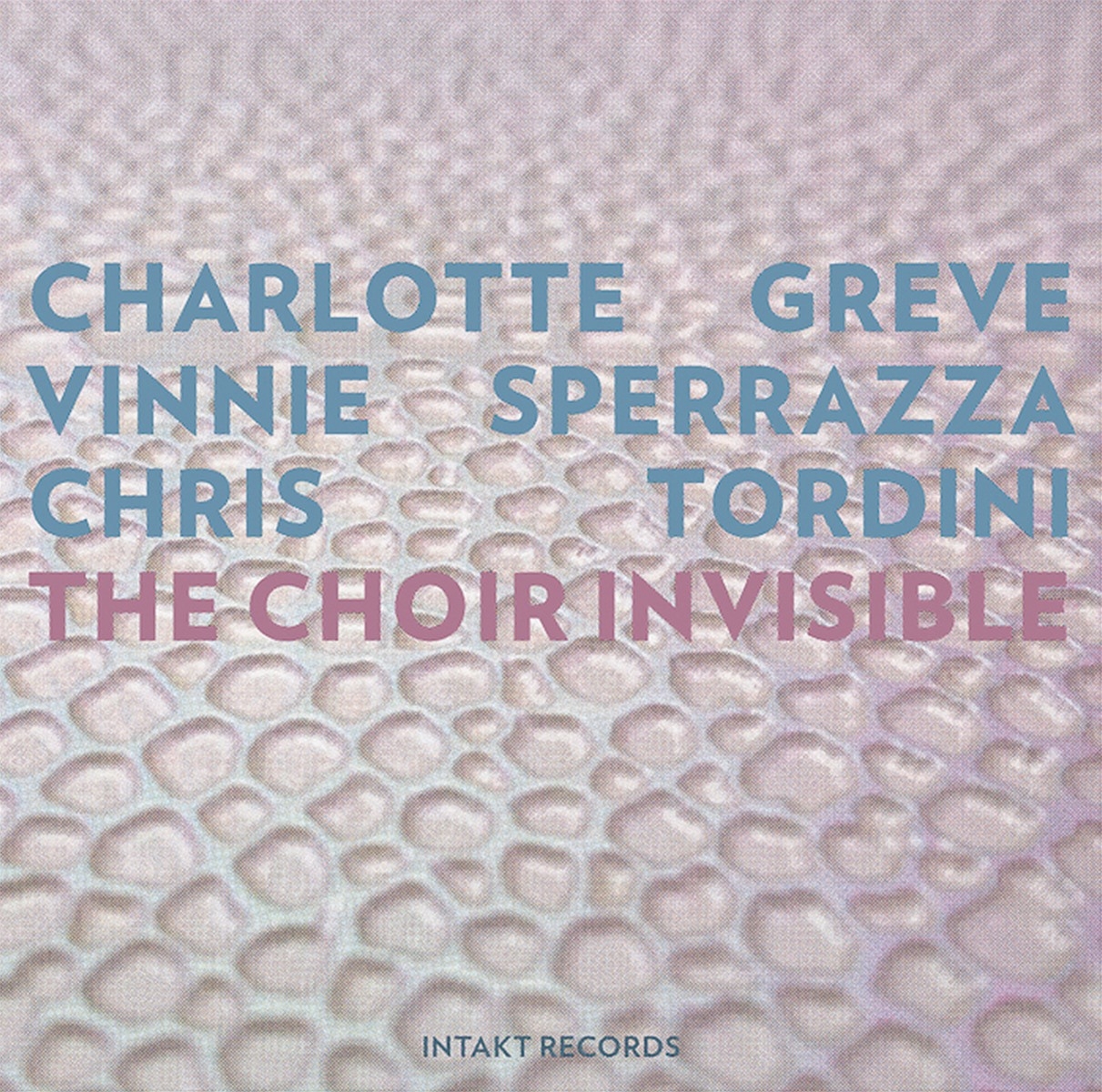 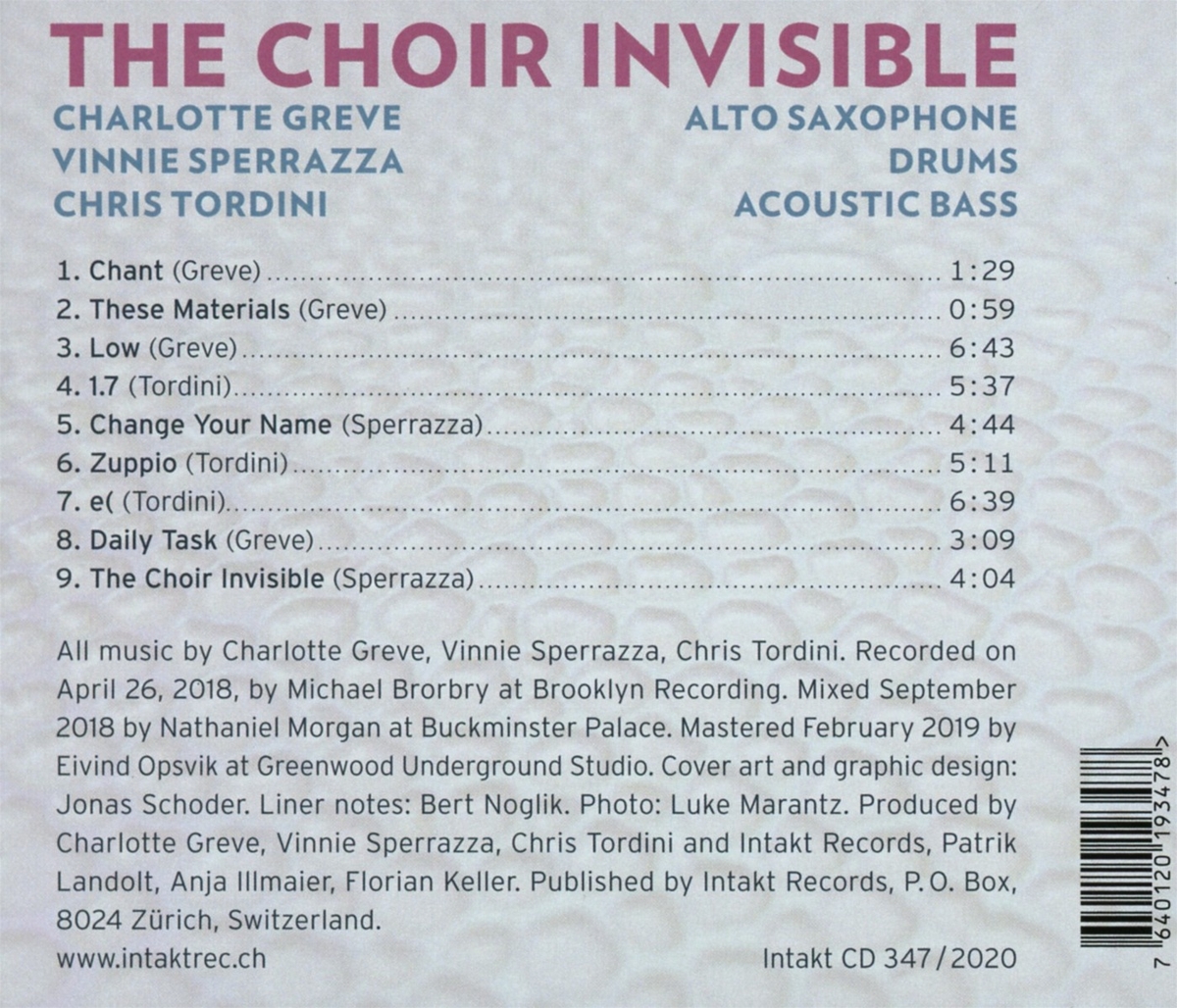 Bewertung:
lieferbar innerhalb 1-2 Wochen
(soweit verfügbar beim Lieferanten)
EUR 17,99*
Versandkosten
+ Vinnie Sperrazza, Chris Tordini
The Choir Invisible, presents a highly anticipated debut album on Intakt Records. With Charlotte Greve, Vinnie Sperrazza and Chris Tordini, this trio, oscillating between improvisation and composition, brings together three significant voices from Brooklyn's creative music scene. "The Choir Invisible not only does everyone have equal rights, they also have equal responsibilities, as accompanists and soloists. All three are both melody and sound. The trio began playing without discussing anything at first. Over time all three then brought compositions along, which allowed them to strike varying paths and led to some highly distinctive tracks. No endless, boundless improvisations; instead a symbiosis of spontaneous currents and the urge for structure. The Choir Invisible might nicely describe the potential of a band which, with three instruments, manages to envisage enormous diversity, and much that is not spoken or played can be imagined or heard in our inner ear. In the far dimensions of the trio shines the polyphony of a choir. Euphoric yet rooted in daily life," writes Bert Noglik in the liner notes.