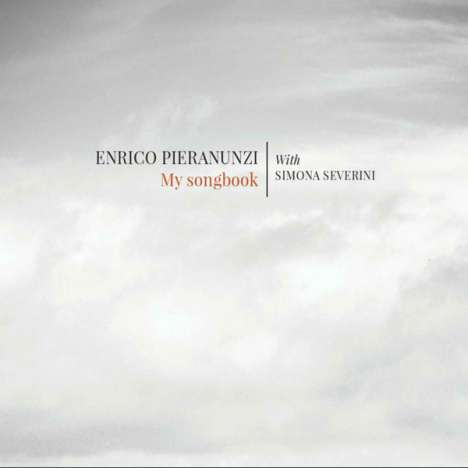 My songbook, Enrico Pieranunzi's new album, produced by Jando Music|Via Veneto Jazz will surely surprise his longtime fans. The renowned Italian pianist has worked wonders on this engaging album and reveals himself as an ingenious songwriter with a deft technique and a restless imagination. The album contains eleven of Pieranunzi's own compositions, music and lyrics, that flow effortlessly thanks to acclaimed vocalist Simona Severini, who exudes a wonderful sensibility and interplays well with her expressive voice.

Pieranunzi and Severini started collaborating in 2012, on the occasion of the tribute record to Lucio Dalla and have continued working together since then. The compositions are artfully arranged by Pieranunzi, in different formations ranging from duo to sextet, with an astonishing range of expression that shows off the quality of the musicians involved, among Italy's best-known jazz players (Luca Bulgarelli, Nicola Angelucci and two guests Rosario Giuliani and Francesco Lento).

My songbook is a fascinating listen with lyrical eloquence.