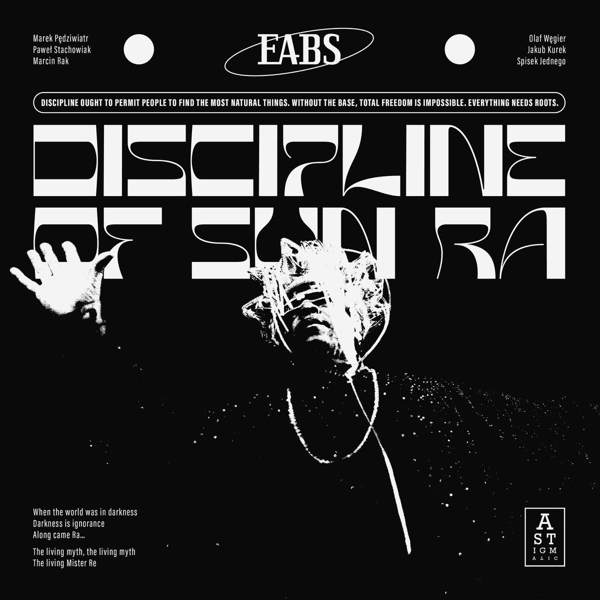 Cult Polish jazz group EABS have produced this tribute to the great Sun Ra, reimagining seven of his compositions across this deeply spiritual and funky LP. The creative process of the album revolved around two Sun Ra's ideas - deconstruction and discipline.

"He sent members of the Arkestra out to research individual players in Henderson group in the order to get the feeling right when playing their parts. Sun Ra told them they weren't copying those pieces, they were re-creating them, and with the proper information they could know the spirit behind the original."

That's how Herman Sonny Blount treated the music of the swing legend, Fletcher Henderson. EABS approached the composition of Sun Ra in exactly the same way. An equally important element with recording was a regime associated with the discipline and precision that the pianist from Saturn fought for, using a series of exercises-compositions entitled 'Discipline' previously used by Arkestra. Sun Ra was aiming to record timeless music that could still be alive in 1000 years, and with no hesitation, he managed to do it. The music from distant planets is infinite. "By infinity, Mr.Ra means creating jazz of the future, but also covering the past".