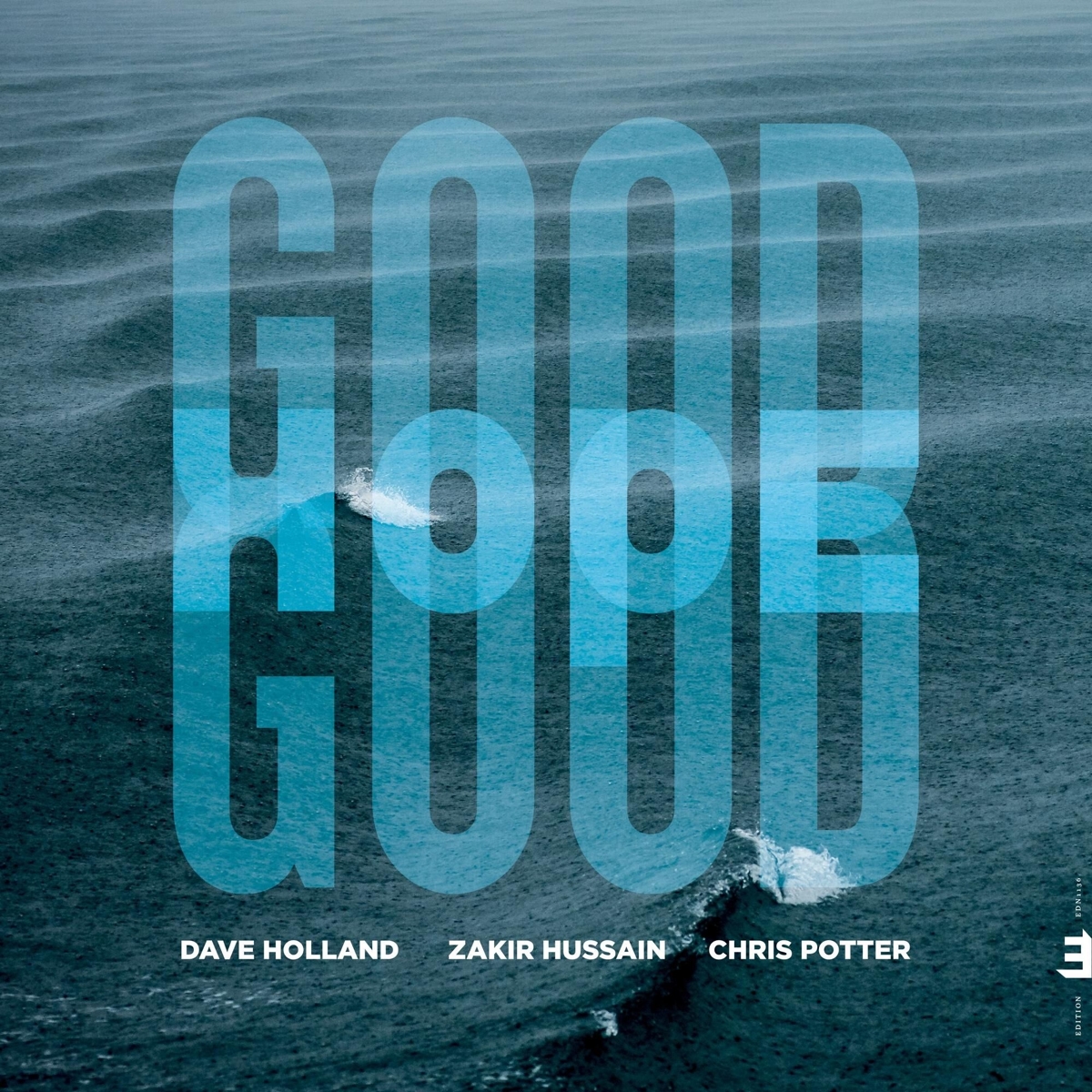 Bewertung:
lieferbar innerhalb 1-2 Wochen
(soweit verfügbar beim Lieferanten)
EUR 13,99*
Versandkosten
*** Digisleeve
Under the collective group name of Crosscurrents Trio, Dave Holland, Zakir Hussain and Chris Potter release Good Hope, a monumental and exceptional album that will inspire and excite a global audience for its formidable display of virtuosity, brilliance and sophisticated musical language. An international supergroup featuring giants of American and Indian music, Good Hope is masterfully crafted, an inspired and generous album that displays a clarity and intensity of vision with a deep desire of mutual respect for collaboration and sharing a love of this music.

Good Hope is an album masterfully crafted by three giants of American and Indian music: an international supergroup of musicians who individually have played vital roles in pioneering advances in Jazz, developing and nurturing the cultural and musical connections between East and West. Three of the best in the world on their respective instruments. Three of the most sophisticated and masterful arrangers and composers.

Emanating from an original impulse by Zakir Hussain to form a large group project known as “Crosscurrents”, the trio is built on a shared love and mutual respect for each others’ playing and the subtle integration of different worlds and different approaches to music making into a coherent and beautiful whole.

Zakir Hussain is a true master of the Indian Classical tradition – his hypnotic, percussive tabla playing instantly recognisable. Refusing to be confined to the music of his homeland, throughout the years he has embarked on a multitude of creative collaborations that transcend boundaries including Shakti, which he founded with John McLaughlin and L. Shankar, Planet Drum with Mickey Hart (of the Grateful Dead), Tabla Beat Science, and Sangam with Charles Lloyd and Eric Harland. Playing with Dave and Chris is an effortless and engaging experience, as he explains…

Dave Holland, one of the greatest and best known international jazz players since he was chosen by Miles Davis, has never stood still – his career defined by a lifetime’s urgent quest for new beauty, for new tests of his extraordinary technique and musical ability, for new partnerships with the brightest and the best. His questing nature has led to many fascinating fusions, all of them organic outcrops of his own musical nature. With Crosscurrents he has found another grouping in which his improvisatory instincts and beautiful tone can flourish.

Chris Potter, who released his recent acclaimed album Circuits on Edition Records earlier in 2019, is a generation behind Zakir and Dave but his musical language, his inspired creative intensity and command of his instrument is on a par with his fellow bandmates. Adept in almost any style, tempo, harmonic or rhythmic position, Potter’s voice is unmistakable, powerful and awe-inspiring. His breadth of ideas and creativity is endless and spontaneous, and is executed with generosity, respect, and maturity. Despite being almost two decades younger than Holland and Hussain, Potter is fast progressing towards legendary status as one of the greatest saxophonists of his or any generation. For Potter, working with this band was enlightening: “For many years Zakir Hussain had been on my short list of people I really wanted to work with, so when I got the call a couple years ago to be a part of a project he was putting together at SFJazz in San Francisco, which also included my great mentor and friend Dave Holland, I was absolutely thrilled. We did a few tours with this larger ensemble, which included some other amazing Indian musicians: Shankar Mahadevan on vocals, Louiz Banks on piano, his son Gino Banks on drums, and Sanjay Divecha on guitar. The trio came about as a result of this larger formation, we toured as a trio in the summer of 2018 and decided to record in September. I have to admit I was a little nervous about the trio setting since Zakir and Dave are two of the most amazing maestros on the planet, also it is a very exposed role for the saxophone, and playing with only tablas and bass is rather unfamiliar sonic territory. However the chemistry immediately felt great, and the problems of reconciling the musical differences between the jazz language and the Indian classical language immediately melted away playing with musicians who listen so well. It’s been a huge joy for me to be part of this project, and reaffirms my belief in the power of music as a beautiful way of bringing together people from different backgrounds and traditions”.