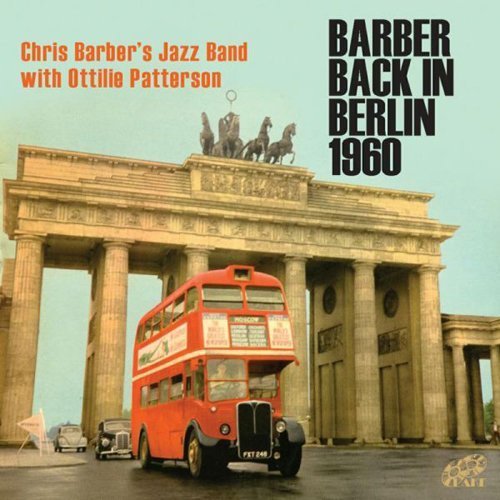 BARBER IN BERLIN was one of the most popular - and now most sought after - LPs by Chris Barber's Jazz Band in the 1960s. It was recorded in front of a capacity audience (12, 000) at the Deutschlandhalle in Berlin in 1959. Twelve months later the band was back in the same venue with another capacity crowd. The recordings of the second concert lay unknown until they appeared on eBay recently. Chris Barber successfully acquired them and Lake Records is pleased to release them on this DOUBLE CD FOR THE PRICE OF ONE package. The 1960s front line of Chris Barber, Pat Halcox are on fine form and all have feature numbers. Add in the vocals of Ottilie Patterson and you have the makings of a varied and entertaining programme. This is the Barber Band, the leading Trad band in 1960, well recorded and at the top of its game.