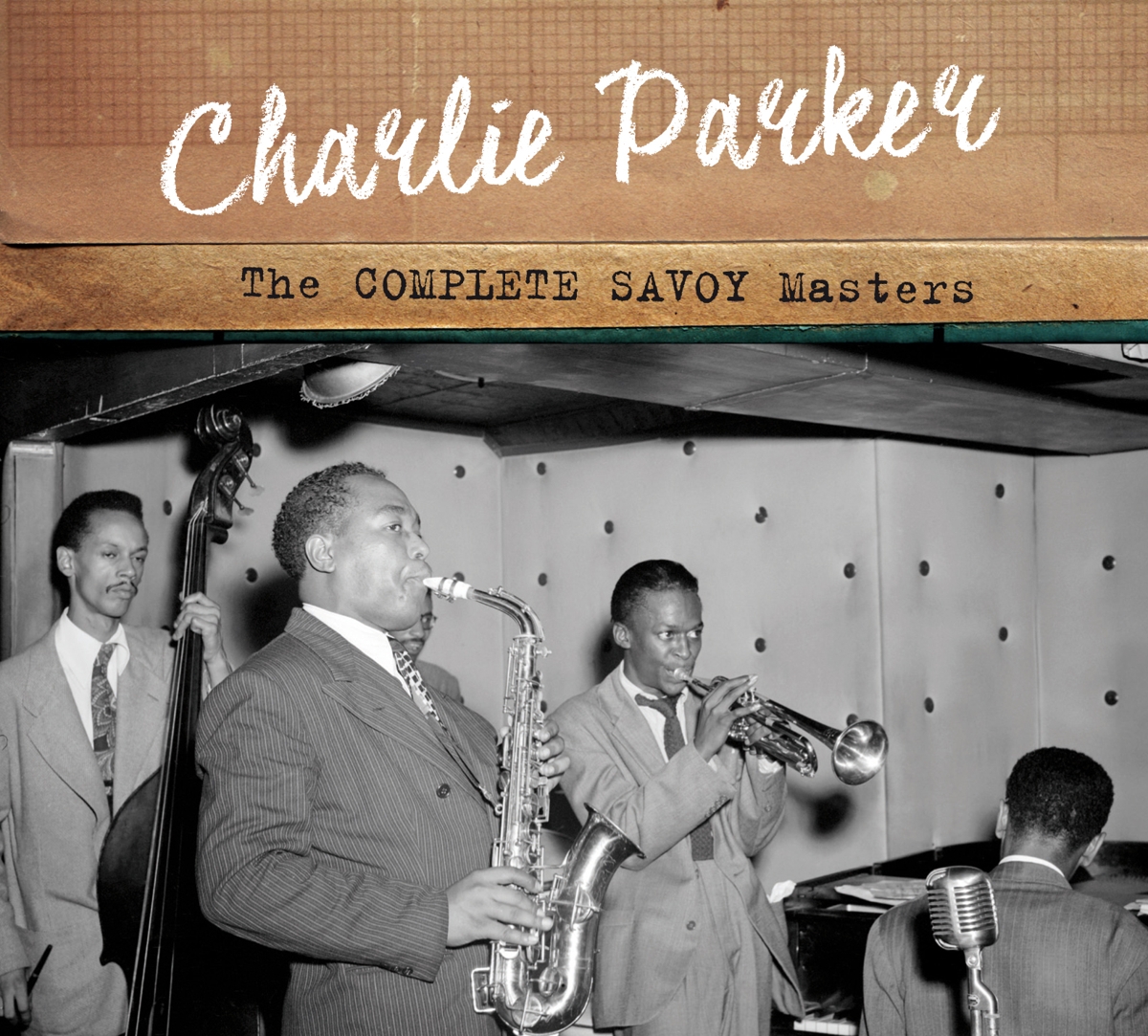 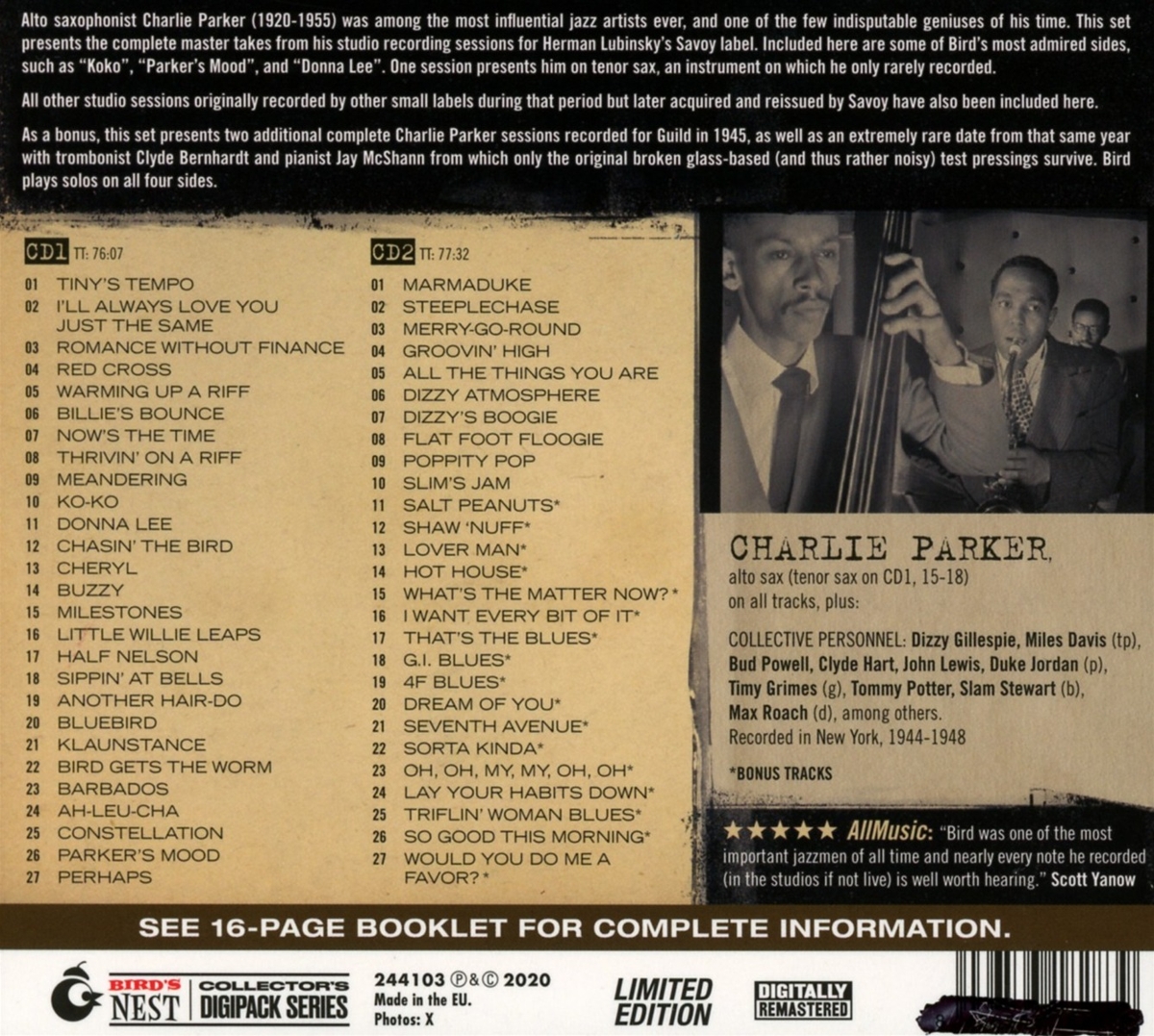 Alto saxophonist Charlie Parker (1920-1955) was among the most influential jazz artists ever, and one of the few indisputable geniuses of his time. This set presents the complete master takes from his studio recording sessions for Herman Lubinsky’s Savoy label. Included here are some of Bird’s most admired sides, such as “Koko”, “Parker’s Mood”, and “Donna Lee”. One session presents him on tenor sax, an instrument on which he only rarely recorded.

All other studio sessions originally recorded by other small labels during that period but later acquired and reissued by Savoy have also been included here.

As a bonus, this set presents two additional complete Charlie Parker sessions recorded for Guild in 1945, as well as an extremely rare date from that same year with trombonist Clyde Bernhardt and pianist Jay McShann from which only the original broken glass-based (and thus rather noisy) test pressings survive. Bird plays solos on all four sides.