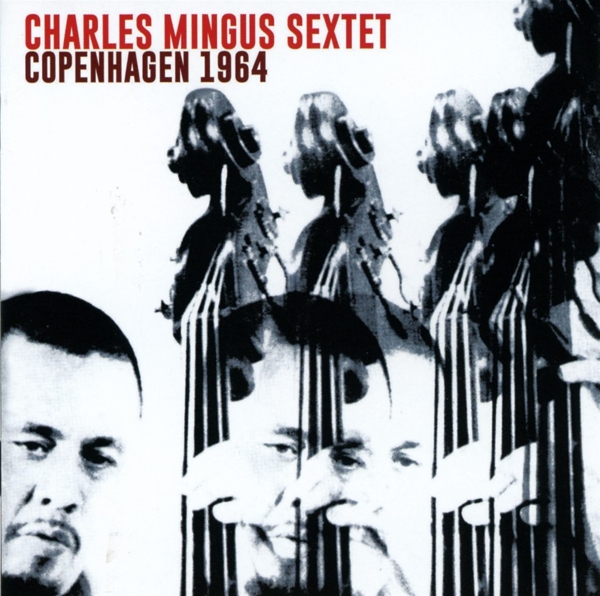 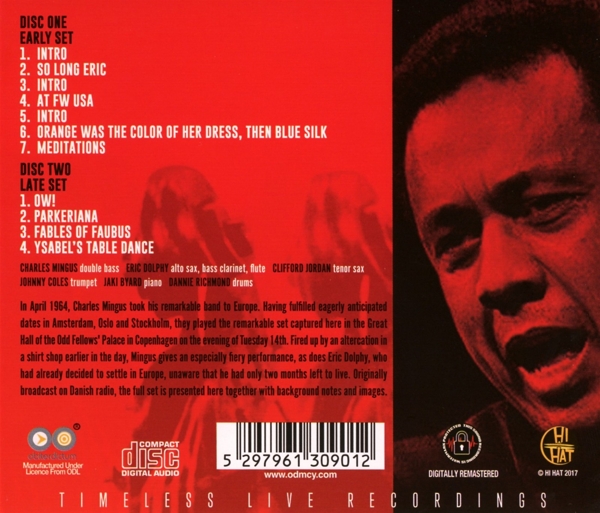 In April 1964, Charles Mingus took his remarkable band to Europe. Having fulfilled eagerly anticipated dates in Amsterdam, Oslo and Stockholm, they played the remarkable set captured here in the Great Hall of the Odd Fellows' Palace in Copenhagen on the evening of Tuesday 14th. Fired up by an altercation in a shirt shop earlier in the day, Mingus gives an especially fiery performance, as does Eric Dolphy, who had already decided to settle in Europe, unaware that he had only two months left to live. Originally broadcast on Danish radio, the full set is presented here together with background notes and images.