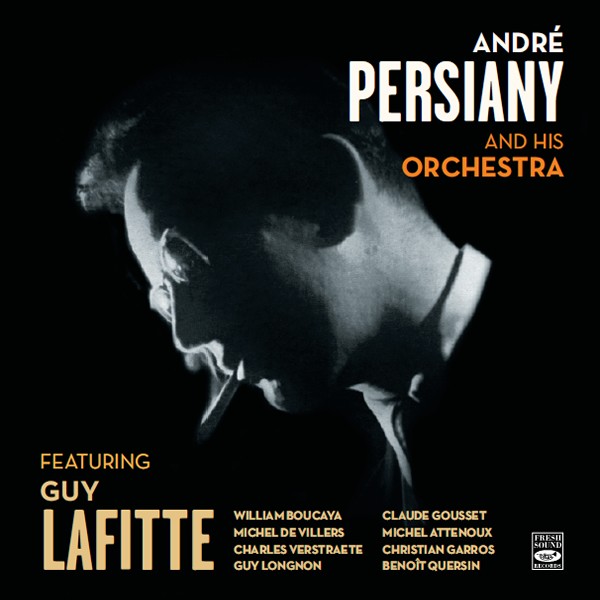 André Persiany has long been one of the favorite pianists among fans of French jazz. Inspired at first by Milt Buckner’s block chords, “Pépé” (as he was known among friends and fans) forged his own recognizable style. A true swingman, he played with a strong and unrestrained flow that was especially prominent when it came to blues.

Despite his young age, "Pépé" was already an accomplished composer and arranger when in 1954 he assembled the nine-piece unit to record the first album of this CD release. For this initial session, Persiany chose a program alternating fast with slow numbers. Only in the first case is the orchestra as a whole used extensively – featuring solos by all the band members, while on the ballads his longtime fellow, the full toned tenor saxophonist Guy Lafitte shines and plays with warmth and delicacy. After this first album, in 1955, Persiany came up with a new and larger band – with three tunes having the frightening vigor propelled by the percussion of Sadi on bongos. The ensemble plays with consistency, poignance, power and swing comparable to their American counterparts.

In 1958, another particularly noteworthy moment in Pépé’s career took place, when he organized a complete big band to play the music of his most admired idol: Count Basie. But, the project was not a cliché purveyor, or a copy. Instead it was a buoyant set of sagely-constructed new arrangements conceived from Persiany’s viewpoint and approach, displayed by the clean and full bodied brass and sax sections. Behind them, the whole rhythm team drives away with nary a letup.