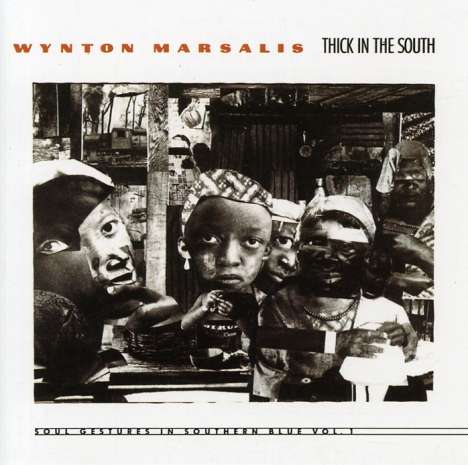 Jazz At Lincoln Center Orchestra
Big Band Holidays II
CD
EUR 17,99*
A blues cycle for quintet and sextet that, as Wynton says of the title track to THICK IN THE SOUTH, comprises “a condition, a location, an attitude, a pulchritudinous proposition, and an occurrence,” SOUL GESTURES IN SOUTHERN BLUE ranges through the full glory of the blues tradition. Among other things, it introduces us to the Uptown Ruler, a mythic New Orleans hero whose “persona is obviously multifaceted,” Wynton remarks, because he is “accepted without question in the houses of worship . . . [and] ill repute.” Most of all, the cycle reveals the complex human message of the low moaning blues that echoes in the foghorn of a riverboat, the lament of a spiritual, or the simmering dishes of a home cooked meal. The performers include Marcus Roberts on piano, Bob Hurst or Reginald Veal on bass, Jeff “Tain” Watts or Herlin Riley on drums, Todd Williams and Wes Anderson on saxophones, and Wycliffe Gordon on trombone, with special appearances, on THICK IN THE SOUTH, by two of jazz’s greatest virtuosos, drummer Elvin Jones and tenor saxophonist Joe Henderson.