Willis Jackson: Later For The Gator 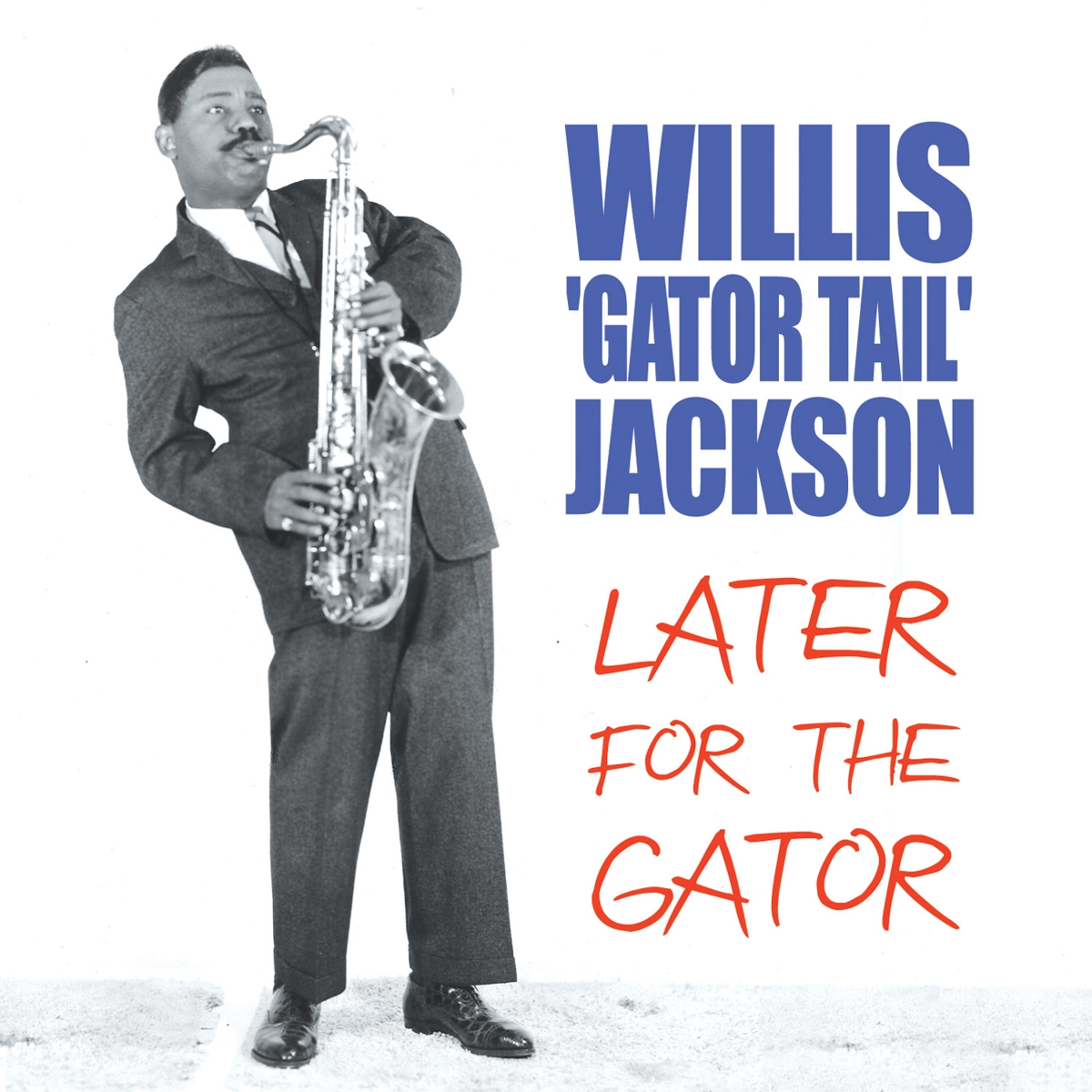 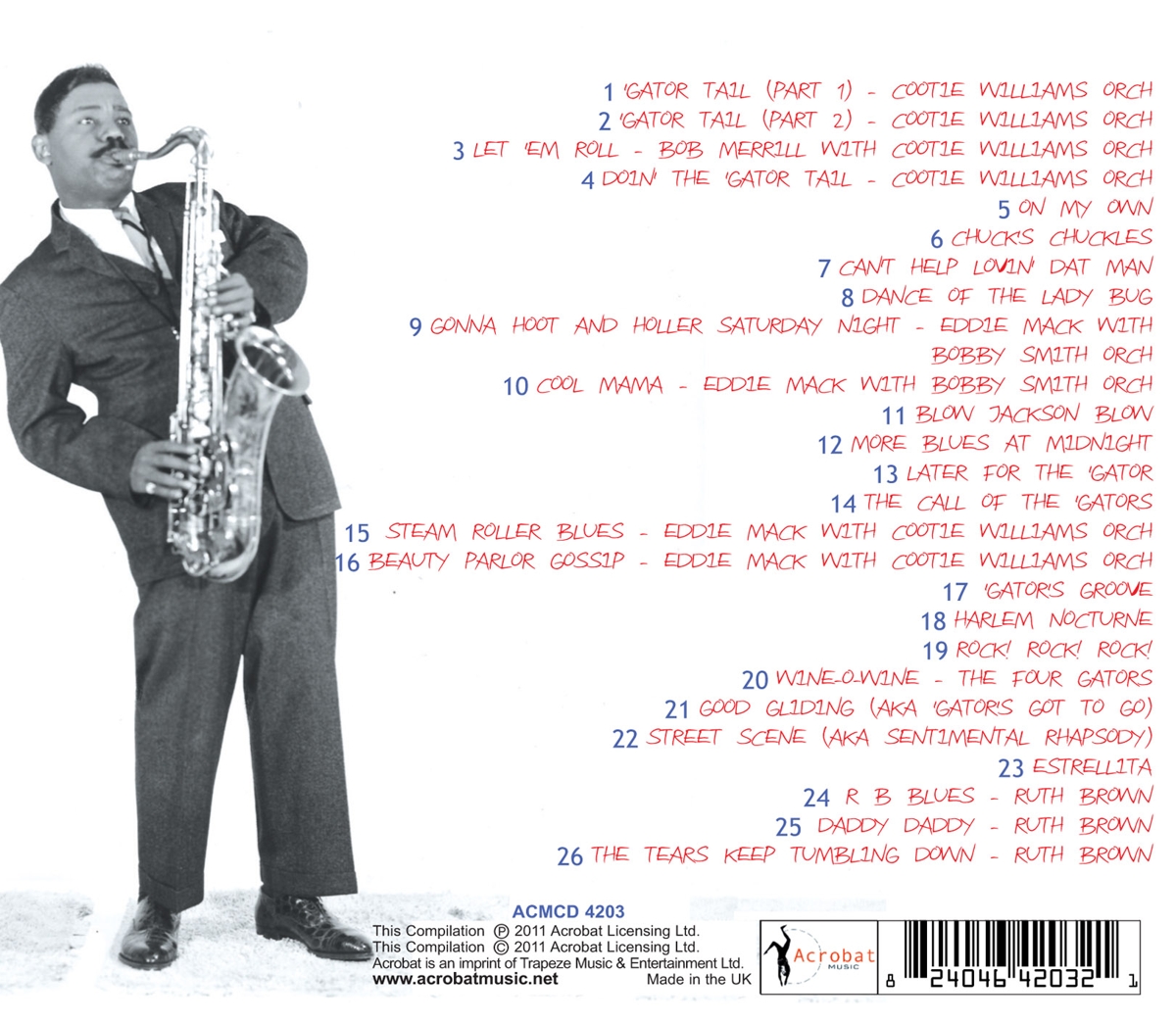 Although Willis “Gator Tail” Jackson never enjoyed a chart hit under his own name his honking saxophone graced many hits in the 40’s and 50’s. The tenor playing Jackson earned his nickname when a member of The Cootie Williams Orchestra for his hard blowing solos on Williams’s Jukebox hit – “Gator Tail”. He formed his own group whilst still playing with Williams and his screaming saxophone became a big attraction on Jukeboxes and live appearances during the early Fifties. He married R&B singer Ruth Brown and naturally worked with her both live and in the studio, examples of which round out this overview of the early years of one of the all time great tenor saxophonists.