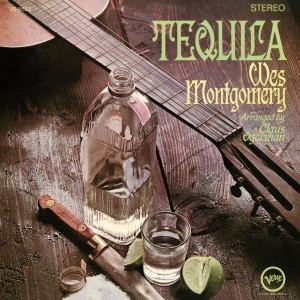 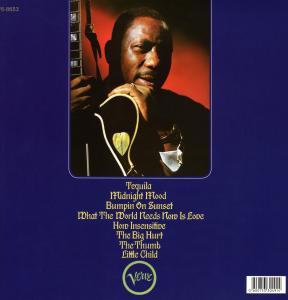 Wes Montgomery
Groove Yard (180g) (Limited Deluxe Edition)
EUR 15,99**
LP
EUR 14,99*
*** Gatefold Cover
Wes Montgomery's distinctive guitar playing is worth hearing in any context. Hard-core jazz fans may prefer his extended small-group improvisations to the string arrangements and the relatively short solos found on his albums of the middle and late 1960s. But as guitarist and Montgomery enthusiast Steve Kahn points out in his notes to this reissue, to overlook an album like Tequila is to miss music of "extraordinary beauty and grace."

Recorded in 1966, Tequila is the only album Montgomery ever recorded without a keyboard player. This spare setting, enhanced by Claus Ogerman's sensitive string arrangements, allows us to hear Montgomery's always melodic playing with, in Khan's words, "even greater clarity than usual" -- a clarity that is now enhanced for the first time by 24-bit remastering.