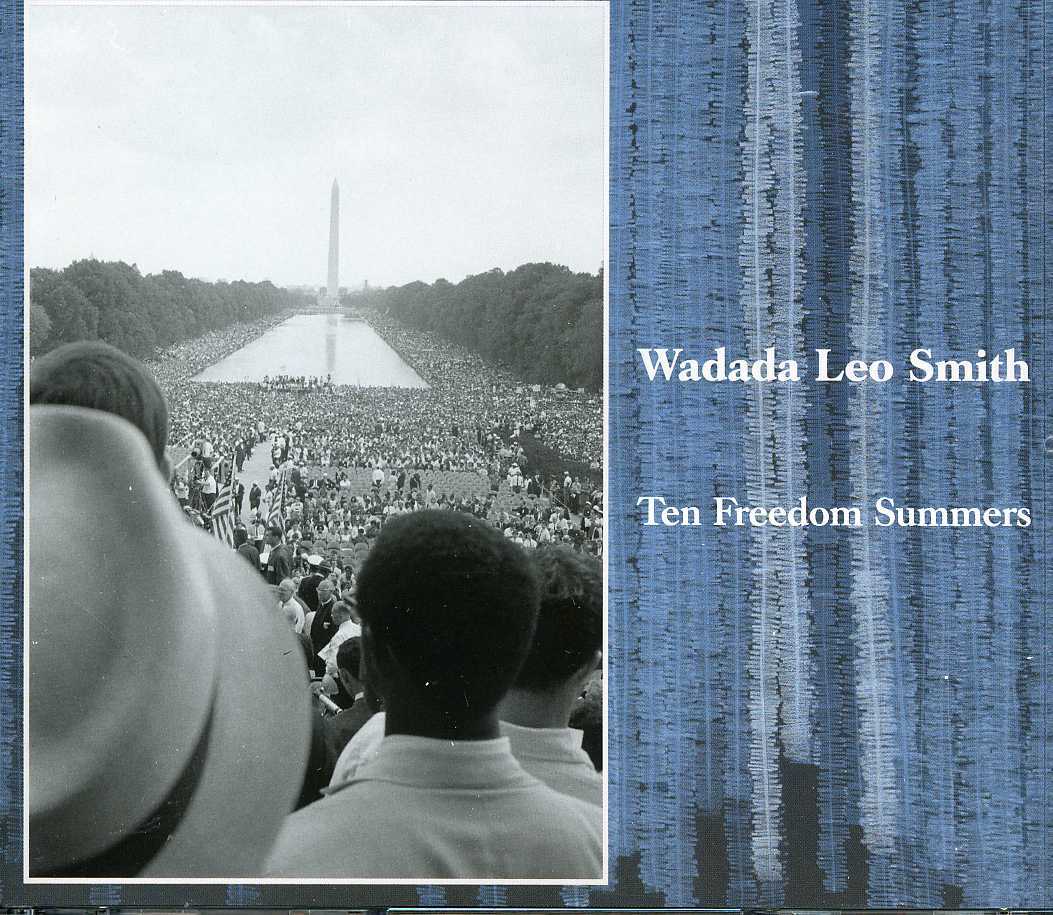 "I’ve been blown over by the epic scope. This is an African-American Ring Cycle." – Jeff von der Schmidt, conductor

"Wadada is one of the most imaginative and explorative composers in creative music. His vision is uncompromising, his methods holistic and mystical. His playing is consistently brilliant and his sound is personal, with a clarity of tone recognizable after one note. His compositions have a special focus combining improvisation with written passages of extreme sensitivity and beauty... He is a National Treasure." – John Zorn

Trumpeter / composer Wadada Leo Smith’s Ten Freedom Summers is the work of a lifetime by one of jazz’s true visionaries, a kaleidoscopic, spiritually charged opus inspired by the struggle for African-American freedom and equality before the law. Triumphant and mournful, visceral and philosophical, searching, scathing and relentlessly humane, Smith’s music embraces the turbulent era’s milestones while celebrating the civil rights movement’s heroes and martyrs. This four-disc set documents a stunning, career-capping accomplishment by a jazz giant in the midst of an astonishing creative surge.

An orchestral collaboration with the acclaimed eight-piece ensemble Southwest Chamber Music (harp, clarinet, 2 violins, cello, flute, viola, bass, percussion) conducted by Grammy Award-winner Jeff von der Schmidt, Ten Freedom Summers is built upon Smith’s celebrated Golden Quartet featuring pianist Anthony Davis, bassist John Lindberg, drummer Susie Ibarra and / or drummer Pheeroan akLaaf (who often expands the ensemble to a quintet). As a child of the Deep South who was raised in the red-hot crucible of the civil rights movement, Smith traces the project’s origins back to 1977, when he wrote “Medgar Evers,” an expansive evocation of the NAACP activist gunned down in Mississippi 14 years earlier.

Working in fits and starts, Smith completed the 19-piece project 34 years later in October of 2011 with a portentous, elegiac piece for Southwest Chamber Music. In designing the huge, multi-movement work, he focused on the transformative decade framed by the landmark 1954 Supreme Court case Brown v. Board of Education, and the passage of the Civil Rights Act of 1964.

"I was born in 1941 and grew up in segregated Mississippi and experienced the conditions which made it imperative for an activist movement for equality,” says Smith says, who marked his 70th birthday with a presentation of this, perhaps his most ambitious undertaking. “I saw that stuff happening. Those are the moments that triggered this. It was in that same environment that I had my first dreams of becoming a composer and performer.”

After decades of being revered by his peers and colleagues, Smith is attaining his rightful place at the forefront of American music. Ten Freedom Summers is an important work that combines unique, fully scored rigorous passages and great improvisational skills into one huge and cohesive work. It is a thrilling, emotionally charged and satisfying work from a master.