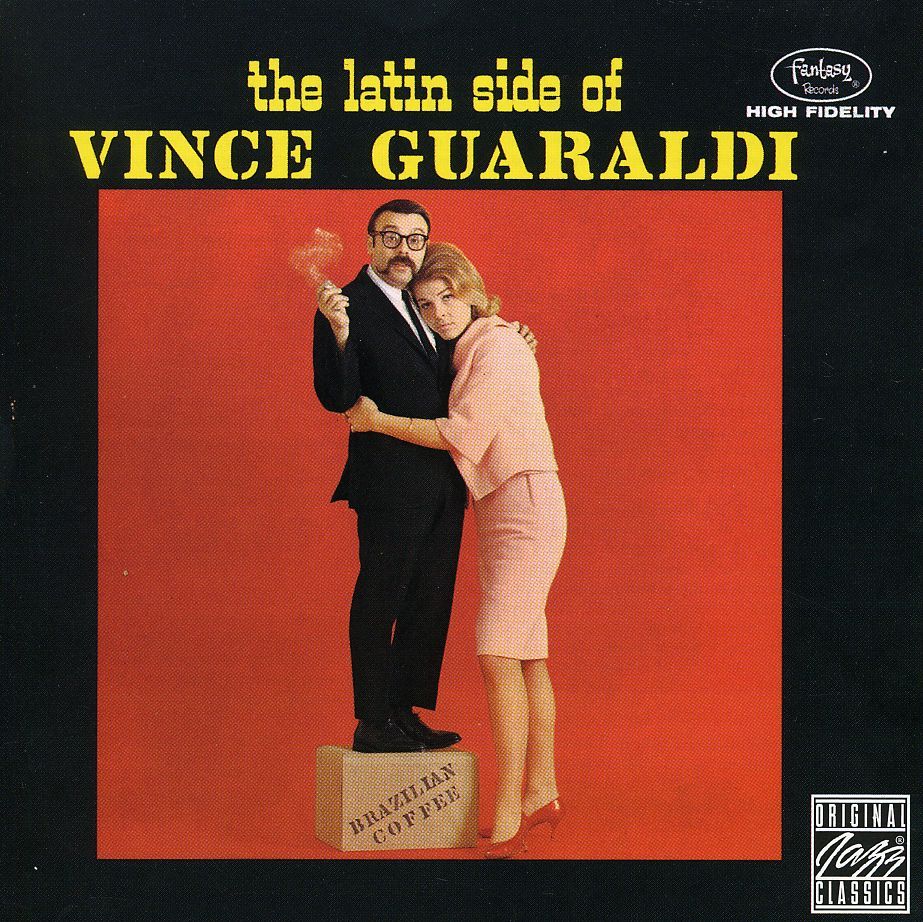 Bewertung:
lieferbar innerhalb 1-2 Wochen
(soweit verfügbar beim Lieferanten)
-23%
EUR 12,99**
EUR 9,99*
Versandkosten
Vince Guaraldi had provided a healthy display of his Latin side during three years in Cal Tjader's band, so he did more than just add the obligatory congas and timbales to his trio on this album. He contracted arranger Jack Weeks to provide scores for a string quartet that capture what Guaraldi described as "that real Villa-Lobos sound," which proves most effective on "Star Song" and the Henry Mancini staple "Mr. Lucky." There is also a healthy portion of bossa nova, reflecting the pianist's commercial success with his recording of the score from Black Orpheus, and an imaginative cover of Nat Adderley's "Work Song." All are brought to life by Guaraldi's no-nonsense approach, while four original compositions presage his impending success in writing music for the Peanuts television specials.