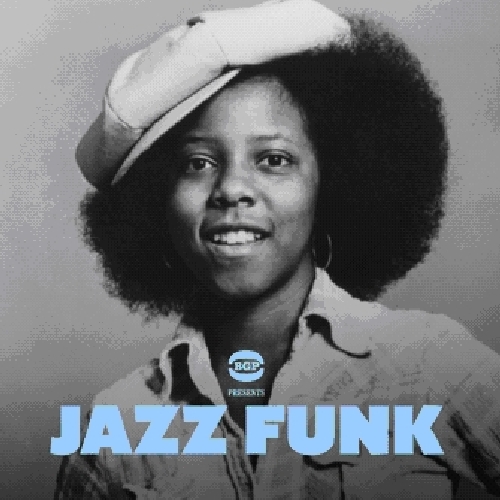 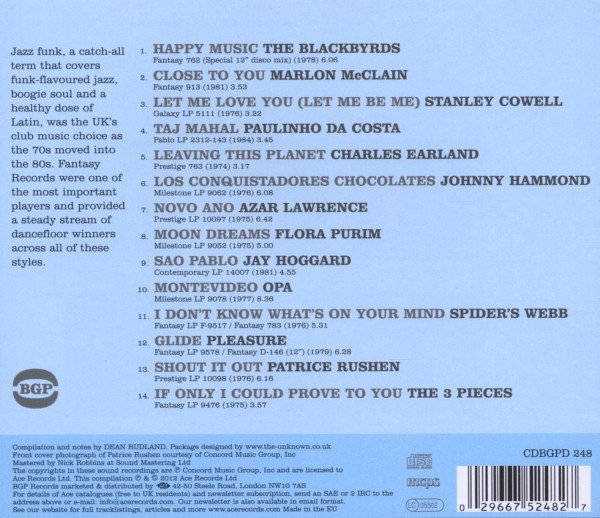 Look inside any issue of Blues & Soul magazine from the latter part of the 70s and you will be in no doubt as to the UK’s club music of choice. The club section and the display ads let you know that jazz funk was the sound you would hear on a night out to any hot-spot playing the latest sounds from black America. Look a little closer at the DJ charts and you will notice that the story is a little more complicated. What counts as jazz funk can range from hardcore jazz fusion monsters by Patrice Rushen to boogie soul sounds, via jazz-influenced funk by the Blackbyrds and Pleasure. These groups were made up of accomplished musicians: the Blackbyrds had been jazz studies students of Donald Byrd at Howard University in Washington DC, who were totally relaxed with the contemporary black music of the era, and would mix it effortlessly with jazz. Clouding the issue somewhat, certain DJs would also play latin-influenced jazz cuts, often aimed at hardcore dancers, in a section of the evening known as the jazz break.

This CD tells the story of how this was linked to the UK dancefloors of the late 70s and early 80s and gives an insight into the way in which jazz records, especially those from the US west coast, fought for commercial breathing space. By incorporating the sounds of soul and funk, jazz discs forced their way onto radio playlists while the groups got club dates outside the ever-diminishing jazz scene. Even in the States, some of these records were played at the hottest clubs in the country, shouldering their way into the nascent disco scene.

In Berkeley, California, on the east shore of the San Francisco Bay, Fantasy Records were one of the key protagonists in the development of jazz music throughout the 1970s. The success of Creedence Clearwater Revival’s blend of roots rock provided large profits. Instead of using the money to sign another big rock group, the label’s owners Ralph Kaffel and Saul Zaentz invested heavily in the genre they knew best. In a few short years they had acquired a phenomenal jazz catalogue by buying up the Riverside, Prestige and Milestone labels from the east coast and had also signed up some of the country’s most exciting jazz talent. It was a brave move, as jazz was not especially a growth market, but by taking a broad-based approach they covered all the bases, from the complex modal playing of piano legend McCoy Tyner to the jazz-based funk of the Blackbyrds.