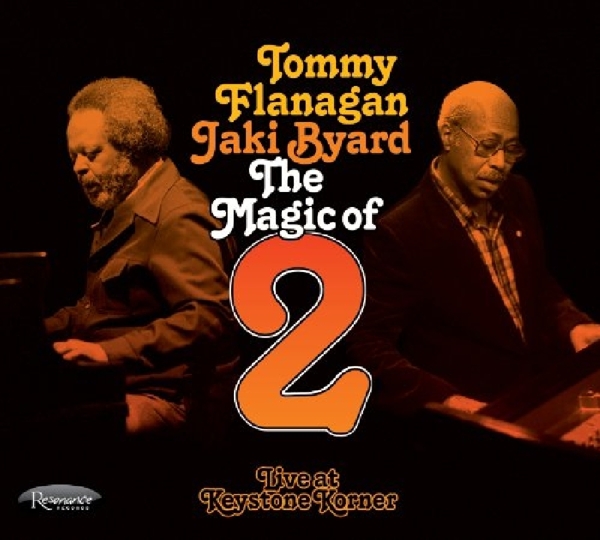 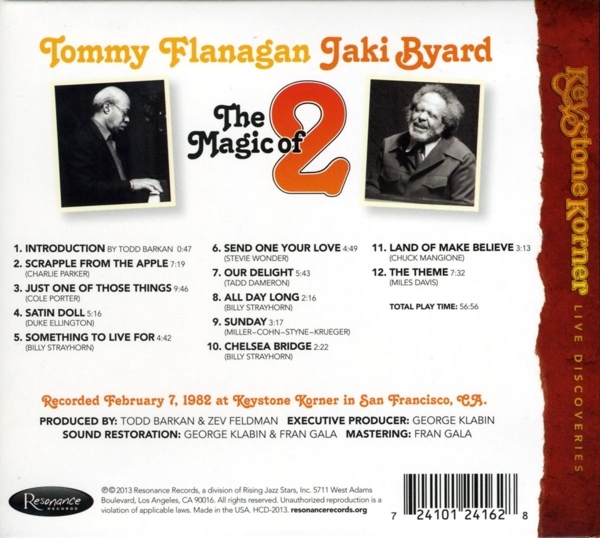 Two titans of jazz piano are captured in flight on the new Resonance Records album, Tommy Flanagan / Jaki Byard: The Magic of 2. Scheduled as a CD with 24-page booklet, The Magic of 2 presents a 1982 concert recorded at San Francisco's celebrated Keystone Korner and the second entry in Resonance's Keystone Discoveries series.

Mr. Flanagan had ''perfected his own niche, a style beyond style, where the only appropriate comparisons are between his inspired performances and those that are merely characteristic.''