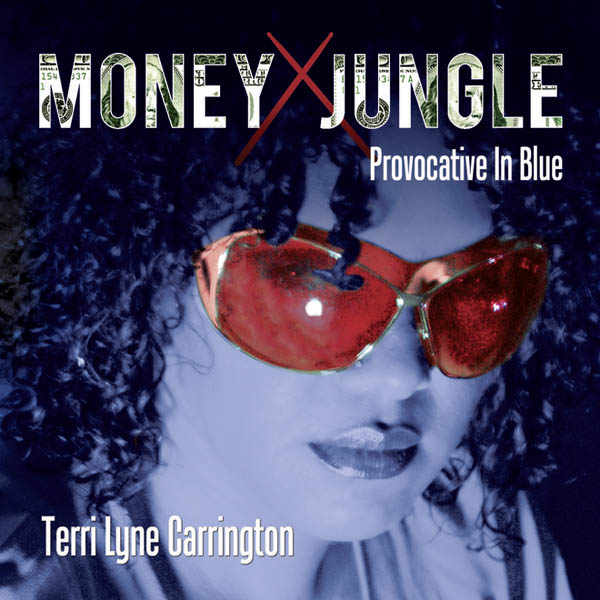 GRAMMY® Award-winning drummer, composer and bandleader, Terri Lyne Carrington, was born in 1965 in Medford, Massachusetts. After an extensive touring career of over 20 years with luminaries like Herbie Hancock, Wayne Shorter, Al Jarreau, Stan Getz, David Sanborn, Joe Sample, Cassandra Wilson, Clark Terry, Dianne Reeves and more, she recently returned to her hometown where she was appointed professor at her alma mater, Berklee College of Music. Terri Lyne also received an honorary doctorate from Berklee College of Music in 2003.

After studying under full scholarship at Berklee, with the encouragement of her mentor, Jack DeJohnette, Carrington moved to New York in 1983. For 5 years she was a much in-demand musician, working with James Moody, Lester Bowie, Pharoah Sanders, and others. In the late ‘80s she relocated to Los Angeles, where she gained recognition on late night TV as the house drummer for the Arsenio Hall Show, then again in the late ‘90s as the drummer on the Quincy Jones late night TV show, VIBE, hosted by Sinbad.

Carrington’s production and songwriting collaborations with artists such as Gino Vannelli, Peabo Bryson, Dianne Reeves, Siedah Garrett, Marilyn Scott have produced notable works as well, including a special song commissioned by the Atlanta Committee for the 1996 Olympic Games, “Always Reach for Your Dreams,” (featuring Peabo Bryson), and her production of the Dianne Reeves GRAMMY®-nominated CD, That Day, which hovered at the top of the music charts for many months.

Carrington has performed on many recordings throughout the ‘80s and ‘90s thru today. Notable examples of her work include Herbie Hancock’s GRAMMY® Award-winning CD Gershwin’s World, where she played alongside Joni Mitchell and Stevie Wonder. She has toured with each of Hancock’s musical configurations (from electric to acoustic) over the last 10 years and is featured on his Future2Future DVD.

Carrington released The Mosaic Project in July 2011, her fifth recording overall and first on Concord Jazz. The critically acclaimed CD, which won a GRAMMY® Award for Best Jazz Vocal Album, gathered a myriad of voices and crystallized them into a multi-faceted whole that far outweighed the sum of its parts. She produced the 14-song set which featured some of the most prominent female jazz artists of the last few decades: Esperanza Spalding, Dianne Reeves, Dee Dee Bridgewater, Sheila E., Nona Hendryx, Cassandra Wilson, Geri Allen and several others. Carrington said the emergence of so many great female jazz artists is what made an album like The Mosaic Project possible, more so than in decades past.

Provocative in Blue, her much anticipated homage to Duke Ellington, Charles Mingus and Max Roach, to coincide with the 50th anniversary of the release of their iconic 1963 Money Jungle album. Her new recording features Gerald Clayton and Christian McBride, with guests Clark Terry, Lizz Wright, Herbie Hancock and others.