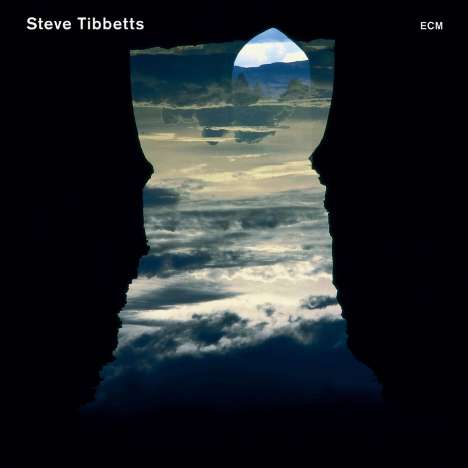 Nur noch 1 Stück am Lager. Danach versandfertig innerhalb von 1-3 Tagen (soweit verfügbar beim Lieferanten)
EUR 16,99*
Versandkosten
+ Marc Anderson
“I am partial to silence, breaks, decay, full stops in music. I could have delineated separate sections in some compositions at a break, but I like the idea of freezing silence or gaps into the fabric of the music. It was tempting to have the entire album appear as one track, one unbroken piece.” - Steve Tibbetts

It has been eight years since Steve Tibbetts gave us the fiery electric guitar album “A Man About A Horse” (ECM 1814). Now he returns with a different kind of recording: an album of, primarily, acoustic sounds. The making of “Natural Causes” took place in a period when Tibbetts was reconsidering some fundamental aspects of his art and craft – in parallel with daily studies of Bach, Bartók, and music theory. Examining those giants up close made it doubly difficult to go about business-as-usual in his own work. “After some hours, my ears would be wide open...and disinclined to the prospect of blasting electric guitar. So I stuck with my dad’s Martin D-12-20 12-string. I wanted to keep things simple. I thought maybe I could find a voice in well-played single-string lines and say more with less – like Sultan Khan perhaps. That was the intent, even though the music usually mutated into complex little cathedrals.”

The music of Sultan Khan has been a reference for Tibbetts since the mid-90s and the experience of witnessing a revelatory concert that brought the Indian sarangi master to Minneapolis. “Since then I have taken the singing, voice-like quality of his sarangi as my example. Over months and years of playing the frets were ground down on my 12-string and it began to sound more and more like the sarangi. The frets are nearly flat now. The guitar is about 45 years old and has a mellow, aged sound to it. I set up that guitar so that the strings are in double courses. I set them in unisons. This makes it possible to find (for me) a more “singing” tonality in single string lines. “

Gongs are another primary instrument on “Natural Causes”: “Gong cycles are everywhere in this album. I lived around gong cycles when I worked for study-abroad programs in Indonesia. The students studied gamelan music as part of our programs. Music is everywhere in Indonesia: feasts, temple ceremonies, funerals, births, sacred calendar days. Gong cycles anchor the music. The gong cycles on songs like “Lakshmivana” are triggered from a 12-string I set up with a midi interface. A friend let me record in his gong shop in Peliatan (south of Ubud, Bali) for a few hours, sampling gongs and other metal-key instruments on a portable DAT recorder I brought to Asia. I sampled gongs, gamelans, jublangs, and other metallaphones. I mapped them to diatonic scales, not necessarily tracking the guitar pitches. In other words, a harmonic minor scale played on the guitar might trigger a melodic minor scale from the sampler a 5th higher. I would sometimes make four or five different scales like this, trigger all of them from the guitar, then craft tiny compositions or motifs.”

Marc Anderson has drummed on all of Tibbetts’s ECM albums, but the present disc is the first since 1981’s “Northern Song” to feature just the two of them. Tibbetts: “Working with Marc is like working with my hands. I don’t have to ask my hands to find the fretboard, they just do. Marc is the same way. We’ve worked together now for 32 years. I don’t have to ask him to do anything in particular, or analyze his approach. He just finds the right drum, we spend some time finding the voice in the instrument with the mics, and then go to work. There were a couple of tunes where I thought I really didn’t need percussion, where things seemed to be standing on their own. Simplicity and all that. Marc would say, "Let me try something." I'd listen to his playing afterwards and wonder how I could have considered not having him play on that particular song.”

For most of the last three decades Tibbetts has been his own recording producer: “It can be difficult to produce yourself...especially when both the producer and the artist are tired or out of ideas. In moments like that, I would try to record extremely concise bits of music; 5-10 seconds of guitar, bouzouki, or kalimba. Occasionally I’d haul out these miniature compositions and try to craft one into a rhythmic base, a frame, a beginning, or an ending. The second song, “Padre-yaga” is full of these little bits.”

An overall goal of “simplicity and austerity”, was not always evident in the work methods: “Sometimes I just can’t stop adding tracks. I wanted to see, just as a lark, what it would be like to overdub twenty or thirty 12-strings playing Michael’s song [“Gulezian”, a piece loosely-based on fellow guitarist Michael Gulezian’s tune “Arcosanti”]. The sound was good. Goodbye austerity!”

A kind of selective randomness had its role to play, too: “I’d lay down a basic guitar line, something that hewed to my notion of clarity and articulation, then add something equally simple, like a bouzouki line. Then I’d listen to only the bouzouki line and add a kalimba. Then I’d listen to only the kalimba and add piano. This stepwise process would go on for days, weeks, years, out of control. No deadlines, right? Then I’d listen to everything, all at the same time. Sometimes, within that chaos, I’d find a 12 second section that sounded like four kalimbas mating fervently with three hybrid guitar-pianos. I’d snip that section out, set it aside, and develop it. That’s how the cuts ‘Sitavana’, ‘Ishvaravana’, and ‘Kuladzokpa’ came together.”

At one stage, Tibbetts included an acoustic version of Jimi Hendrix’s “Villanova Junction” in his track list, but ultimately felt it didn’t fit the album’s flow. The orphaned track has since been posted by Steve on YouTube, and can still be heard there. The journey towards ‘a result’ on “Natural Causes” was, as Tibbetts freely admits, a halting one. The artist’s final assessment: “I have a real fondness for the whole thing, similar to a fondness you’d have for a three-legged cat you’d adopted. You don’t drive your kids to the pet store with the intention of buying a three legged cat, but if one hobbles up to your door and you feed it, you might eventually grow fonder of that cat than a regular four-legged one. It’s like that.”