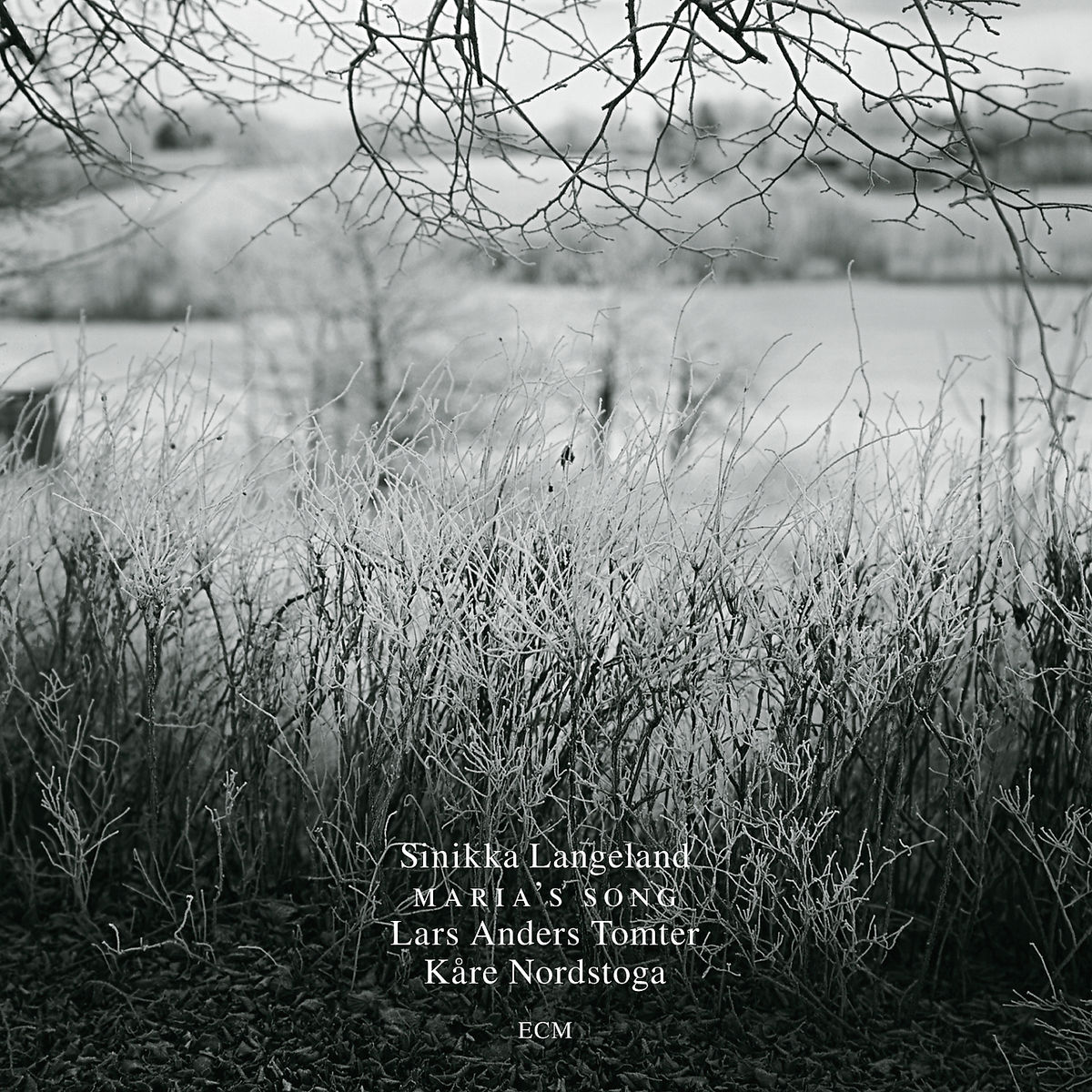 Bewertung:
lieferbar innerhalb einer Woche
(soweit verfügbar beim Lieferanten)
EUR 16,99*
Versandkosten
Folk music is the centre of Sinikka Langeland’s work, but the Norwegian singer and kantele player takes the freedom to redefine “folk” with each of her successive projects. A distinctly non-traditional traditionalist, her ECM debut, “Starflowers” (2007), featured settings of the verse of lumberjack poet Hans Børli powerfully embellished by the in-the-moment arrangements of a cast of jazz improvisers including Trygve Seim, Arve Henriksen and Anders Jormin.

“Maria’s Song” finds Langeland in the company of two distinguished classical musicians, and on a mission to restore Marian texts to sacred music, weaving folk melodies in between the timeless strains of Johann Sebastian Bach, and drawing on the Gospel of St Luke for her images of the Holy Mother.

As Sinikka says in the liner notes: “Religious folk songs are among the most distinctive elements of Norwegian folk music, but the Virgin Mary is only represented with a few variants of the hymn ‘Maria hun er Jomfru ren’ (Mary is a virgin pure). The reason for this is obvious: she was ‘reformed’ away in 1537 along with a large number of beautiful church paintings and sculptures, and anyone who persisted in worshipping her risked harsh punishment. But the myth of the virgin Mary lives on in the Norwegian folk tradition in the form of nicknames for flowers and in the legends that are recounted in folksongs and sagas.”

On earlier recordings, “Stjerneklang” (Grappa, 2002), “Påsketona” (Nordic Sound, 2004), and “Kyriekoral” (Nordic Sound, 2005), Sinikka presented Christmas, Easter and Pentecostal hymns in Norwegian folk music settings, alongside Johann Sebastian Bach’s organ variations of the same hymns. “The idea of improvising on the shared melody in the Bach pieces, first arose when I was working on the Christmas hymns. Kåre Nordstoga partnered her on “Påsketona” and “Kyriekoral”, which like the present disc were recorded in Trondheim’s Nidaros cathedral, world-famed for its rare Baroque organ, built by Johann Joachim Wagner in 1738.

Lars Anders Tomter brings another beautiful instrument into play, his Gasparo de Salò viola from 1590. Between viola and organ, Sinikkka’s kantele, the 15 string Finnish table harp, instrument of the Northern bards, finds its space. “When we played our way through time”, says Sinnika, “the Nidaros Cathedral reflected the spiritual currents of a thousand years.”

Sinikka Langeland was born in 1961. After an early education in classical music she began to look at contemporary folk music and the singer / songwriter genre, but this was soon supplanted by an interest in older forms, intensifying as her research continued and underlined by a wish to “create an original music rooted in my own area, taking account of local possibilities and looking back into history to find out more.” At 20 she switched from guitar to kantele, expanding her repertoire to include rune songs, incantations, old melodies from Finland and Karelia, as well as little known medieval ballads and religious folk songs. “Maria’s Song” is her thirteenth album release.

Kåre Nordstoga is principal organist at Oslo Cathedral. In addition to his work as accompanist for the Cathedral choir, his repertoire includes a wide range of organ works, the emphasis being on such masters as Bach, Mozart, Franck, Widor and Messiaen. Between 1990 and 1992 he gave a series of 30 Saturday recitals where large audiences heard him perform all of Bach's organ works, a feat that he repeated within the Bach Year 2000. His concert appearances have also brought him to the majority of European countries.

Lars Anders Tomter is widely recognized as one of the most outstanding contemporary violists described by the British “Strad”-magazine as “the giant of the Nordic viola”. A disciple of Max Rostal and Sándor Végh, his international career as a soloist took off after he won important prizes in competitions in Budapest and Lille. Conductors with whom he has worked include Vladimir Ashkenazy, Sylvain Cambreling, Dennis Russell Davies, Krzysztof Penderecki, Ulf Schirmer, John Storgårds, Muhai Tang, Yan Pascal Tortelier and Hans Vonk. He has collaborated with many contemporary composers, most recently with Erkki-Sven Tüür, whose viola concerto “Illuminati” is dedicated to Tomter. Lars Anders Tomter has previously been heard on ECM recordings with Terje Rypdal (“If Mountains Could Sing”, 1994) and Ketil Bjornstad (“The Light”, 2007).