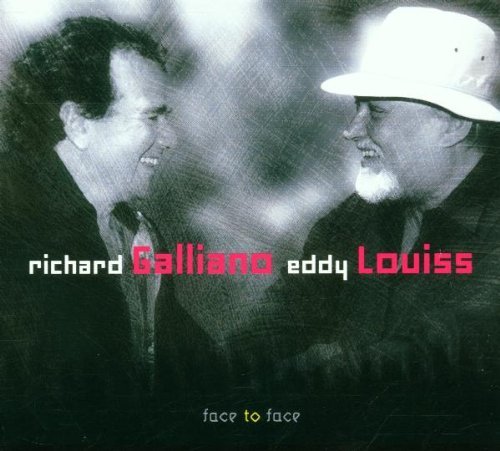 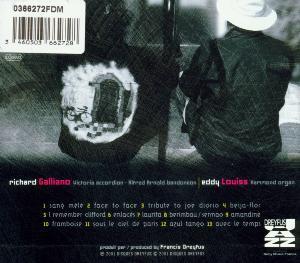 French organist Eddy Louiss has been among his country’s most revered jazz musicians since the 1960s, while accordionist Richard Galliano has cut across genres to become an ascendant star on his instrument over the last decade, in Europe and increasingly in the U. S. Dreyfus Records – which has built a name bringing an extraordinary roster of French jazz talent to American audiences – recently united these two greats for one of the most extraordinary duet recordings in recent years.

Face to Face is one of those rare duet performances where, drawing on a colorful repertoire and an amazing musical compatibility, two musicians inspire and complement each other in the sheer joy of artistic creation. If any American jazz listeners have not yet heard either of these French masters, this recording will open their minds and delight their ears.