Red Garland: At The Prelude Vol.1 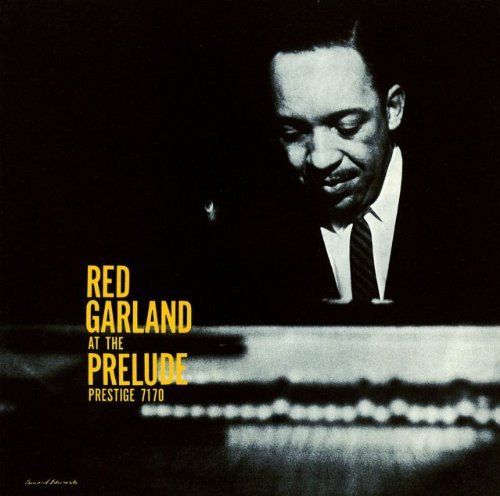 One of the most-recorded, often-imitated pianists in jazz history, William “Red” Garland (1923 - 1984) was in peak form on the night of October 2, 1959, when these 13 long out-of-print performances were recorded live at Harlem’s Prelude club. Backed empathetically by bassist Jimmy Rowser and especially by the late drummer Charles “Specs” Wright, a master of the brushes, Garland led his trio through a program that paid tribute to Ellington, Basie, Miles Davis (in whose epochal quintet of the mid-Fifties Garland initially gained acclaim), and some of the great American songwriters. The hallmarks of Red’s style--the impeccable velvet touch, the chiming block chords, and the bouncy time of a boxer (which he once was) working out on a speedbag--are all in place, and on two extended urbane blues he shows that he had few peers in this idiom, as well.
(concordmusicgroup. com)