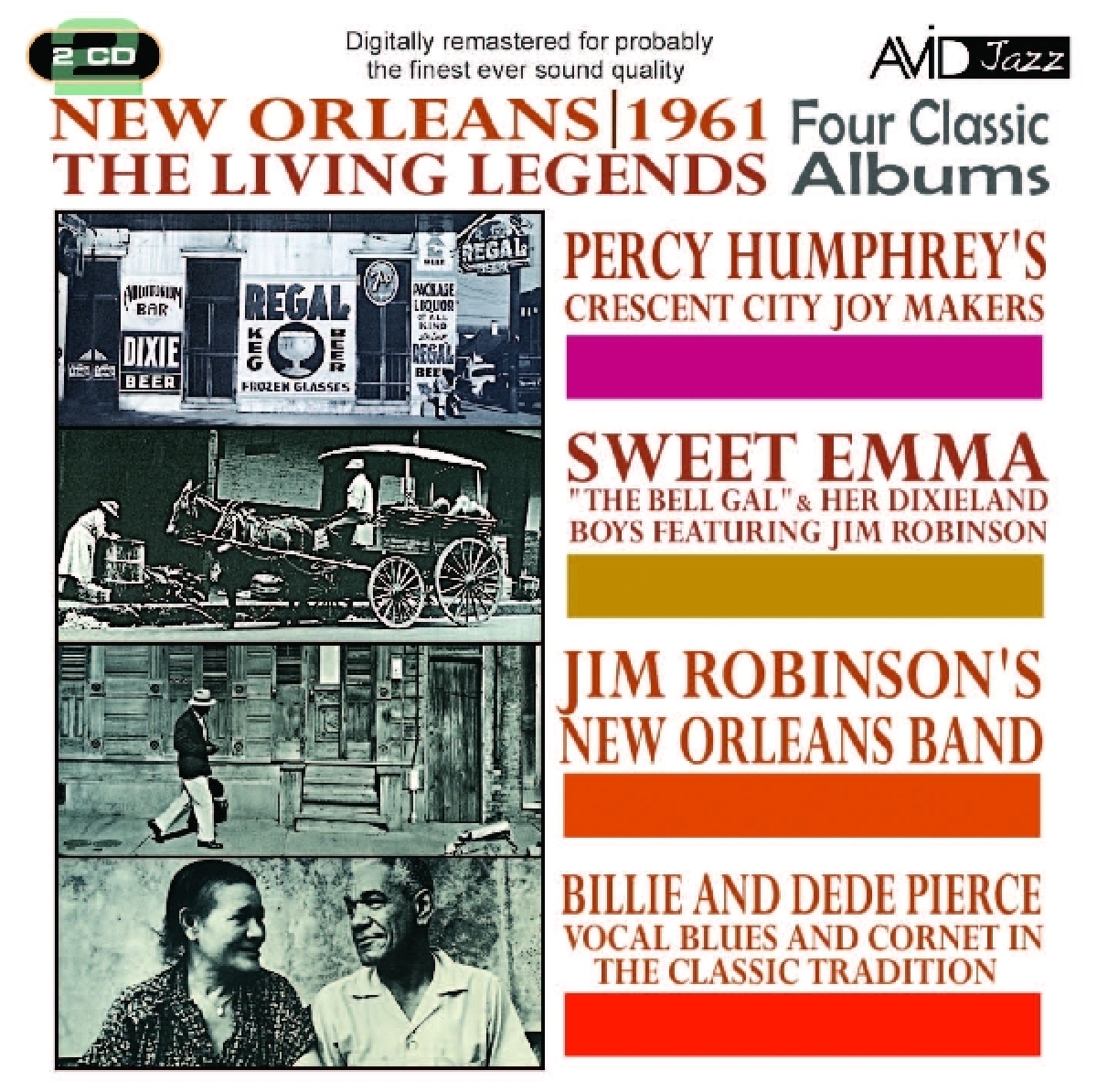 AVID Jazz here presents four classic albums including original LP liner notes on a finely re-mastered and low priced double CD.
“Percy Humphrey’s Crescent City Joymakers”; “Sweet Emma Barrett “The Bell Gal” & Her Dixieland Boys featuring Jim Robinson”; “Jim Robinson’s New Orleans Band” and “Billy And Dede Pierce Vocal Blues And Cornet In The Classic Tradition.
Jazz, New Orleans style is the order of the day on these four classic albums of the genre. The difference being these albums were all recorded in 1961 by a bunch a disparate musicians who had had musical careers of varying success over the previous thirty years. On these albums you will meet some of the characters who populated the New Orleans of the 30’s, 40’s and 50’s and who maybe never quite made it, in the sense of becoming worldwide familiar names in their chosen field of jazz and blues. Say “Hi” to Percy Humphrey, Albert Burbank and Emmanuel Sayles. Meet the lady with the bells down her legs, Sweet Emma Barrett, and trombonist Jim Robinson who pops up on two of our four albums including his own album with his New Orleans Band. Then there is Billie and Dede Pierce performing some of the oldest forms of New Orleans music with their blues in the classic tradition. That tradition being the singing of the blues to the accompaniment of cornet and piano, one of the earliest forms of negro jazz when it was first recoded in the 1920’s. Billie was 54 when this album was made but she could boast about how she had played piano for Bessie Smith when she was only 15!! They could also both boast that they had been chosen by none other than Ida Cox to support her on her final tour of the south!
All four albums plus have been digitally re-mastered for probably the finest ever sound quality!